Nigeria: Nine Categories of Nigerians Most Affected By Election Postponement 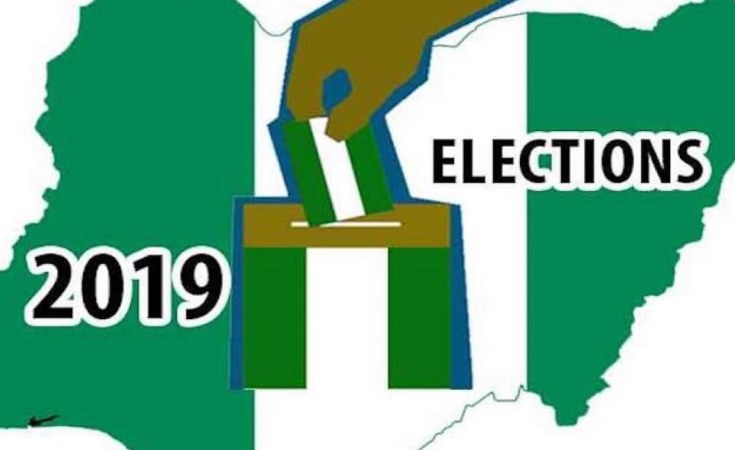 In the early hours of Saturday, the Independent National Electoral Commission (INEC) said it could no longer go ahead with the scheduled presidential and National Assembly elections.

The Chairman of the commission, Mahmoud Yakubu, announced the decision hours before the opening of the polls, after repeatedly assuring Nigerians and international observers it was fully prepared.

The commission stated logistics and operational plans as reasons. It said both elections would be shifted by a week each. The presidential and National Assembly elections will now hold on February 23 while state elections will hold on March 9.

Majority of Nigerians including political parties and politicians have condemned INEC's decision and criticised Mr Yakubu for the postponement.

In a statement Saturday, Mr Buhari appealed to Nigerians to "refrain from all civil disorder and remain peaceful, patriotic and united to ensure that no force or conspiracy derail our democratic development".

While INEC's decision affects all Nigerians and its international partners, PREMIUM TIMES lists some groups of Nigerians most affected by the postponement.

Without a doubt, all the political parties who have candidates participating in the election are most likely to be affected by the postponement.

These parties, irrespective of their political strength, deployed party agents to several parts of the country to monitor the electoral process.

Already, the National Chairman of the ruling All Progressives Congress (APC), Adams Oshiomhole, has lamented that prior to the postponement of the election, the party had spent huge sums to deploy party agents to monitor the elections from across the country.

Mr Oshiomhole, who was questioning INEC's last-minute decision to change election date, said he was shocked, disappointed and disgusted by the news.

"Political parties mobilised agents across the country and this came with a cost. Unlike INEC who can fall back on public treasury, political parties have to look for other resources to mobilise their agents. I am shocked, disappointed and disgusted," he said.

"Why wait till 2 a.m. to postpone elections? Why wasn't it announced 48 hours before the due time? That way, observers and political parties would not have mobilised their agents. Why at 2 a.m. on the day of the election?

"One-week notice would have saved a lot to us who are the real players of the election and the cost we incurred. Why should we accept your apologies?"

Mr Oshiomhole who demanded an apology from the INEC chairman described the news as an embarrassment to the nation.

Another group of Nigerians who will be affected by the postponement of the election is the voters.

Many voters travelled long distances to ensure that they are present at their polling units to participate in the voting process.

Many others even put their businesses on hold in order to make the journeys.

As it stands, a majority of the people in this category will be stranded at their various locations and left with three choices:

*To return home and travel back for the elections - which will incur extra cost.

*To extend their stay at their current location - which will also incur extra cost.

*Return home and decide not to vote again - robbing themselves of their basic and civil right.

A review of the complaints of some Nigerians showed that some people actually fixed their events for February 23 and March 9 to avoid clashing with the election dates.

These events include weddings, funerals, book/brand launch, among others.

Some of these planned events were moved to the said dates to avoid clashing with the initial election dates.

Ms Osawende who explained that her marriage was shifted from February 16 to 23 because of the elections, pleaded with INEC to revisit this issue.

With the new dates, may of the events will have to be rescheduled again.

This category includes Civil Society Organisations (CSOs) and Non-Governmental Organisations (NGOs) that have deployed hundreds of personnel across the country to observe and monitor the elections from different states.

The foreign observers like delegates from the United States and other countries are not left out.

These organisations have spent a lot of money in the preparation of the elections and they (the organisations) rely on donor agencies to fund deployments like this.

Getting their personnel to be present at the polls on the newly announced dates will mean extra expenses for those who can afford it.

Prior to the initial dates of the elections, many Nigerian and foreign media outlets, just like the NGOs and CSOs, had deployed reporters across the country to cover the voting process from several locations.

The postponement implies an extra cost to either bring back the deployed reporters (and send them back) or extend their stay - as well as make them comfortable.

This includes corps members deployed to serve in almost all the polling units to assist during the voting process as well as volunteers.

Most of the people in this category, like other Nigerians, travelled long distances to be present at the point of duty on election day.

Already, there are reports that some corps members were made to sleep in classrooms and open fields (under harsh weather conditions) before the scheduled date of elections.

Besides the extra cost of travelling back to base, there is also the cost of extending their stay as well as being comfortable.

These include officers of the Nigerian Police, Civil Defence, Army, Road Safety, among others.

These officers were deployed to different locations across the country at the expense of the agencies they belong to. Extending their stay or redeploying them will incur extra costs for these agencies and personnel.

Police officers deployed during previous elections have complained of non-payment or late payment of their allowances. This latest postponement of elections may lead to further controversy on payment of police personnel.

Nigerian students at all levels will also be affected by the election postponement.

Some universities are yet to commence academic activities despite the strike being called off with the expectation the lectures would resume after the presidential elections.

Also, many elementary, primary and secondary schools declared two to three days holiday because of the elections.

PREMIUM TIMES reported how the federal government amended the holidays for the country's 104 unity schools because of the elections.

"Our students in unity schools are not of voting age, but we adjusted the mid-term break to make it fall within the elections period," education minister Adamu Adamu told journalists.

It is not yet clear if these schools will declare another holiday for the postponed elections.

Although it was INEC that postponed the election, the electoral agency will also be affected by the decision.

The agency will have to incur extra cost to deploy personnel and materials for the election.; money it can still get from its approved budget.

Also, the agency's credibility may have been damaged by the postponement.

Many Nigerians on social media have expressed doubt about the competence of the agency since the postponement.

The effect of the postponement on Nigerians may have influenced international observers and the United Nations to caution the electoral commission.

"While we note that this decision has caused disappointment for many, we call on all Nigerians to continue to remain calm and supportive of the electoral process as INEC works to implement its new timeline.

"We urge INEC to use this time to finalise all preparations and ensure that the new election dates are strictly adhered to. We encourage INEC to provide regular updates and information to the public on its preparations in the coming days and weeks to enhance confidence and trust in the process," they said.

What should be done?

Ezenwa Nwogu, a member of YIAGA Africa, called on the electoral body to put extra efforts towards winning back the trust of the people.

Mr Nwogu who spoke on a programme on Channels TV stressed the need for INEC to use the same energy it used when it called for voters' registration, to raise the confidence of the people.

"INEC needs to put in the same energy to raise the confidence of the people. They need to raise the trust levels of the Electoral Management Body (EMB)."

"This EMB needs to put pressure on INEC to get Nigerians involved in all their decisions," he said.

Previous Story
Delta Pupils to Remain At Home for Two Weeks Over Elections
Next Story
Fela, Saro-Wiwa, Achebe - What Nigeria's Icons Have Said About Its Politics

Delta Pupils to Remain At Home for Two Weeks Over Elections

Fela, Saro-Wiwa, Achebe - What Nigeria's Icons Have Said About Its Politics