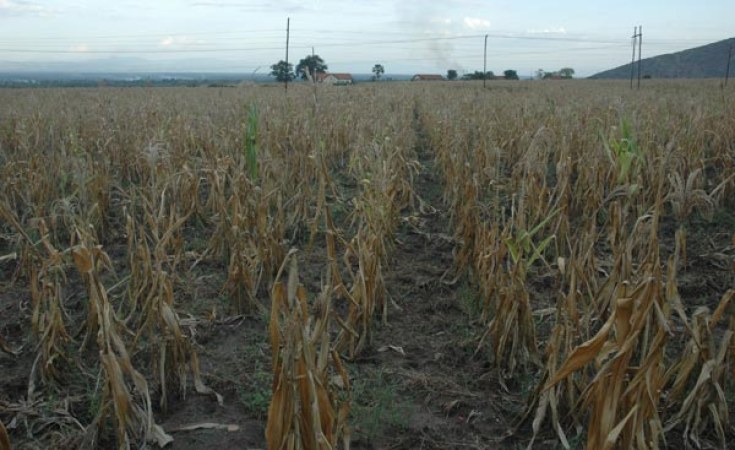 Daily Monitor
Drought in Uganda and most parts of the continent has hit farmers hard.
The Citizen (Dar es Salaam)
By Zephania Ubwani

Arusha — Tanzania is losing a staggering Sh221.7 billion ($96.6million) a year due to drought affecting maize and legume yields, according to a recent study.

Findings of the report were made public Wednesday during the official launch of conservation agriculture technologies that are aimed at reducing the impact of unfavourable weather.

The report was prepared by experts working under the Australian-funded Sustainable Intensification of Maize-Legume Cropping Systems for Food Security in Eastern and Southern Africa (Simlesa).

The project has since 2013 been under implementation in five African countries -- Tanzania, Kenya, Ethiopia, Malawi and Mozambique.

Researchers noted that productivity of the two crops have remained as low as 1.2 tonnes per hectare for maize and 0.38 tonnes per ha for a variety of legumes.

Dr John Sariah, local coordinator for Simlesa, said the conservation agriculture for sustainable intensification (Casi) technologies was one of the climate smart technologies tested and validated by the project to address low productivity.

"Over 50,000 have adopted these options," he said during an event held at the Tanzania Agricultural Research Institute (Tari) at Seliani on the outskirts of Arusha.

If fully applied, the conservation agriculture for sustainable intensification technologies, would raise yields to 4.5 tonnes/ha and 1.4 tonnes/ha for maize and legumes, respectively.

Maize-legumes inter-cropping is the main cropping system used by farmers in Tanzania, covering about four million and 1.1 million hectares for maize and beans, respectively.

Maize, in particular, remains the most important food crop in Tanzania, occupying over 40 per cent of the total cultivated area in the country.

Estimates have it that the cereal (the leading staple food) is relied on by 80 per cent of the country's population both as a food and cash crop.

However, maize is the most vulnerable crop to frequent and prolonged droughts, which experts say, can see yields falling up to 100 per cent, resulting in hunger and poverty.

Tangible benefits realised include increased yields, he said, proposing that the technology be integrated in the national agricultural extension systems.