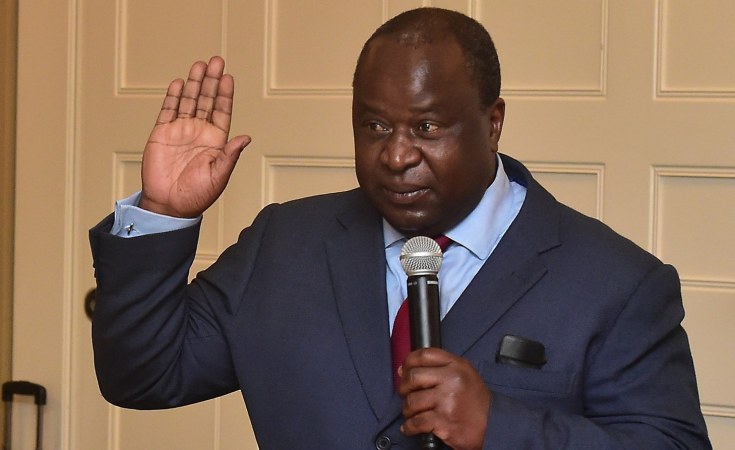 Following the conclusion of President Cyril Ramaphosa's State of the Nation Address (SONA) and the debate by Members of Parliament - the focus now turns to the 2019 Budget.

On Wednesday, Finance Minister Tito Mboweni is scheduled to deliver the 2019 Budget Speech and introduce the associated Bills during the plenary sitting of the National Assembly.

The speech will give details of spending and revenue collection plans to carry out the programme presented in the SONA.

The Minister of Finance presents the budget to Parliament, which, through recommendations from the Finance and Appropriations Committees of the National Assembly and the National Council of Provinces, makes the final budget decisions.

The Constitution allows Parliament to make these decisions so that the people, through their democratically-elected representatives, have a say in budget choices which have a major impact on society.

Plenary sittings of the National Assembly on Tuesday and Thursday are also scheduled to consider five legislative issues and to hold two debates.

At Tuesday's National Assembly sitting the subject for discussion is 'Transforming the economy to serve the people'.

The National Assembly is also scheduled to consider the Traditional Leadership and Governance Framework Amendment Bill, a legislative proposal to amend the National Minimum Wage Act of 2018 and the Carbon Tax Bill.

For Thursday's sitting, the Local Government: Municipal Structures Amendment Bill and the Public Investment Corporation Amendment Bill have been scheduled.

Eskom which has reintroduced load shedding is facing myriad challenges that have affected its ability to meet the demand.

The embattled parastatal is facing a R420 billion debt burden and the Department of Public Enterprises (DPE) says the State-owned entity (SOE) will cease to exist at the current trajectory by April this year.

Eskom's Build Programme has added to the cost overruns and poor performance at the power utility. Medupi and Kusile have suffered massive delays and cost overruns due to poor planning, poor engineering designs, poor procurement practices and corruption.

The costs for the plants have escalated significantly to over R300 billion.

The ABCs for Mboweni's Budget Speech

The New Dawn Must Be a New Deal

South Africa Awaits Medium-Term Budget Amid Unemployment Hike
Tagged:
Copyright © 2019 SAnews.gov.za. All rights reserved. Distributed by AllAfrica Global Media (allAfrica.com). To contact the copyright holder directly for corrections — or for permission to republish or make other authorized use of this material, click here.