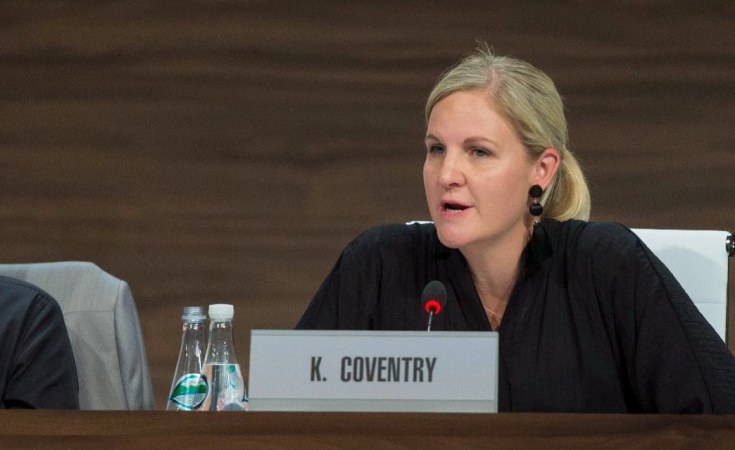 Zimbabwe has turned down an offer to host the regional Cosafa Cup tournament which was scheduled to begin in May, Sports Minister Kirsty Coventry has revealed.

The news comes after the country was in January provisionally awarded the rights to host this year's edition of the COSAFA Cup subject to getting a Government guarantee.

The 2019 edition of the regional tournament is set to take place from May 19 to June 1 and would have been an ideal opportunity for the Warriors - who are on the verge of qualifying for the African Cup of Nations set for Egypt - to prepare for the continental championship which begins on June 15.

However, Zimbabwe will have to wait longer for an opportunity to host another edition of the regional tournament after government failed to provide the required guarantee due to the harsh economic environment prevailing in the country.

Although she did not provide the reasons for government's decision, Coventry told journalists in Harare on Monday that hosting Cosafa was not ideal for the country and the Zimbabwe Football Association (Zifa).

"... .It's been agreed that the deal was just not very good for the country or for Zifa so we will not be hosting the Cosafa games this year but we look forward to having adequate time to be able to host a world class event in the near future," Coventry said.

"We want to make sure that when we do host events of this magnitude, we are fully prepared, we have good timing and just don't feel that was really given to us," she said.

Government's position comes after Cosafa, who are led by former Zifa boss Philip Chiyangwa has expressed confidence that the Zimbabwean government would provide the necessary guarantee to pave way for the successful hosting of the regional tournament in the country.

Zimbabwe last hosted and won the 2009 Cosafa Cup with matches being played in Harare and Bulawayo.

Sunday Chidzambwa's men sealed a memorable 3-1 victory over Zambia before a packed Rufaro, with Nyasha Mushekwi grabbing a brace while Cuthbert Malajila added the third.

After losing their way in the 2015 and 2016 competitions in South Africa and Namibia respectively, the Warriors have won the last two editions of the tournament.

Chidzambwa, who has never lost a COSAFA Cup game, has led the Warriors to back-to-back wins in Rustenburg and Polokwane in South Africa with both successes interestingly once again coming at the expense of Zambia. 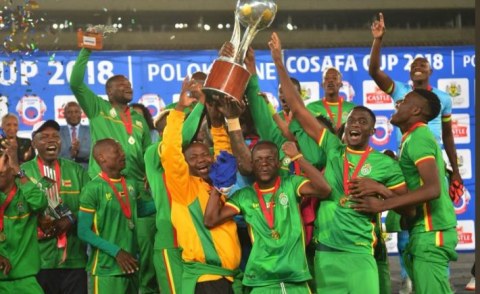 Zimbabwe Faces COSAFA Ban
Tagged:
Copyright © 2019 New Zimbabwe. All rights reserved. Distributed by AllAfrica Global Media (allAfrica.com). To contact the copyright holder directly for corrections — or for permission to republish or make other authorized use of this material, click here.