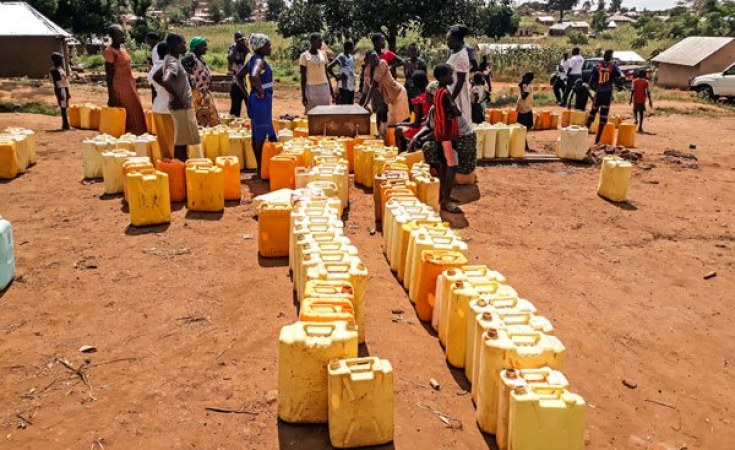 Photo: Bill Oketch/ Daily Monitor
People line up at a borehole at Kiryandongo refugee settlement camp during a water crisis that hit the region in November last year.
The Monitor (Kampala)
By Franklin Draku

Refugees in different settlements in the West Nile districts are struggling to access clean water as drought takes toll on the area. Long queues form at the water points as they struggle to access water from taps.

The refugee welfare officer at Ofua Six settlement in Imvepi, Mr Isaac Ayume, said the situation right now is terrible. He said women and children spend hours waiting for water as the lines are long.

Mary Candiru, a 62-year-old grandmother of six children, says it’s a huge struggle for her. Ms Candiru says they wakeup early with the grandchildren to go and fetch water, and later the children go to school, two kilometres away.

When we visited the water points, long queues also formed at the water point, with women looking dejected while waiting for their turns to fill.  Ms Joyce Jokudu, a 20-year-old mother of two, says the problem started in November when the dry season set in. She says they have been struggling and they are not sure when the access to water will improve.

The plant was reportedly constructed by another NGO who left it under the care of the Red Cross. The Obongi County Member of Parliament, Mr Hassan Kaps Fungaroo, said the decision by Red Cross to dismantle the treatment point was unfortunate and in bad faith.

He said they knew they were not the ones who constructed the treatment plant and wondered why they wanted to remove it.
Officials from both the UNHCR and Uganda Red Cross are yet to respond on how they will address the water crisis in the resettlement camps. 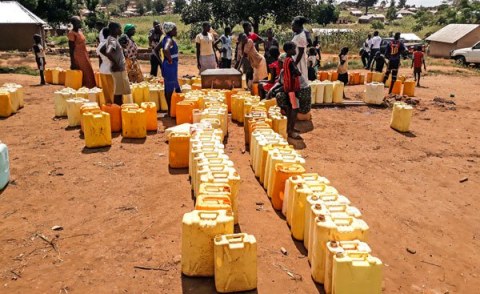 Cholera Hits Hundreds of Congolese Refugees in Uganda
Tagged:
Copyright © 2019 The Monitor. All rights reserved. Distributed by AllAfrica Global Media (allAfrica.com). To contact the copyright holder directly for corrections — or for permission to republish or make other authorized use of this material, click here.