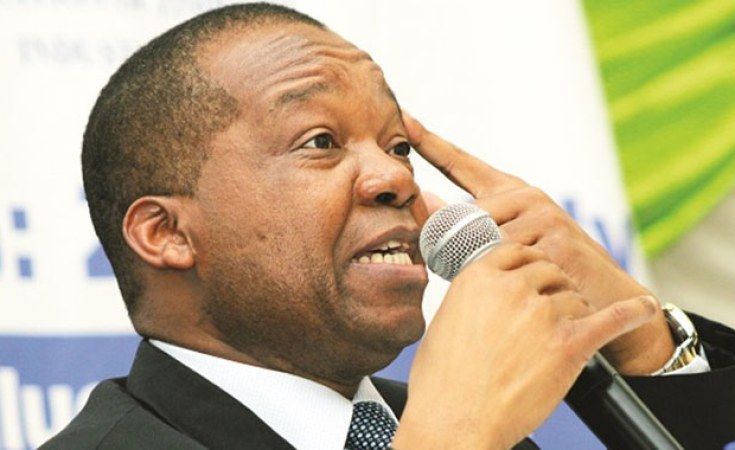 Reserve Bank of Zimbabwe (RBZ) Governor Dr John Mangudya is this afternoon expected to present the eagerly-awaited Monetary Policy Statement (MPS), amid high expectations that it will provide a roadmap on currency reforms, exchange rate policy and interbank market.

The statement was expected early this month and its announcement today will help answer some questions in the sector and putting to bed speculation around the introduction of the local currency.

Policy pronouncements will also be critical in crystallising some reforms under the Transitional Stabilisation Programme (TSP), the short-term economic blueprint for the period until 2020.

The market is waiting eagerly.

Confederation of Zimbabwe Industries (CZI) president Sifelani Jabangwe yesterday said planning was difficult in the absence of guidance from the policy due to potential risk of policy thrust contradicting decisions taken earlier.

"Planning had become difficult because decisions you may take (without the MPS in place) could negatively impact you in future," he said.

The country uses a basket of currencies dominated by US dollar, but forex shortages have created external payment challenges, cash shortages, pricing instability/disparities and shortage of key imports such as fuel and wheat.

Zimbabwe has battled currency related challenges; including suddenly high rates of inflation, which are often driven by wild swings in foreign currency exchange rates on parallel markets due to the shortage of hard currency.

What markets want is guidance on the monetary policy framework for the next 12 months after Minister Ncube indicated direction regarding the fiscal roadmap when he presented the 2019 budget in November last year.

Economists have repeatedly called on Dr Mangudya to increase foreign currency retention thresholds for exporters, libelarise the US dollar exchange rate and introduce an interbank market to allow importers and exporters to trade forex.

However, central bank chief, Dr Mangudya, is on record advocating a cautious approach to all proposed monetary/currency reforms to avoid radical changes that could induce sudden and painful shocks authorities would have difficulties dealing with.

This is because the central bank fears leaving a profit driven market to rely on its whims regarding key issues such as distribution of foreign currency could result market failure.

But economist Eddie Cross last week told Zimpapers Television Network that monetary reforms had now reached a stage where the authorities will float the local currency (RTGS and bond notes) against the US dollar on an interbank market.

"So what they need to do is to give banks the authority to start trading, I understand that has not happened yet, mainly for technical reasons, but I expect in this coming week banks will find a solution and what we will see then is, the banks will start trading and will get an official exchange rate for the RTGS dollar."

Mr Cross's sentiment were echoed by former Government advisor and University of Zimbabwe economics lecturer Professor Ashok Chakravati, who said that the Reserve Bank was expected to introduce the interbank market when it presents the MPS.

He said the central bank needed to establish an interbank market and allow importers and exporters to trade foreign currency, which he said would determine a sustainable rate of exchange and more efficient allocation of hard currency.

"The fundamental problem that we have right now is that we do not have a mechanism for trading of foreign exchange between most people who are earning it, like your exporters and the Diaspora and those people who are importers, like industrialists."

Prof Chakravati said it was wrong for the central bank to continue to control the allocation of foreign currency to the market amid the shortages, which have seen some companies failing to get allocations altogether or getting inadequate funds.

"Do you know that the nostro account balances of the banks are increasing every day; there is plenty of foreign exchange. Look at the Reserve Bank's (forex) statistics and see how they (foreign currency balances) are going up," Prof Chakravati said.

Harare economist Brains Muchemwa said the Reserve Bank of Zimbabwe was now fighting for relevance on progressive matters of policy, in particular guidance regarding with regard to the currency regime.

"The forth coming monetary policy statement should at least instill market confidence by floating the exchange rate to protect real time gross settlement (RTGS money) that is now being slowly sidelined in the wake of dollarisation," Mr Muchemwa said.

Muchemwa said the policy makers had for quite some time procrastinated or delayed making the right policy decisions on key aspects of the currency issue. In the absence of such monetary policy guidance, "the (domestic) market has been relying on its whims and devices and in the process rendering policy ineffective and irrelevant."