Zimbabwe: Ramaphosa Heads for Harare As He Ups Push for Sanctions Removal 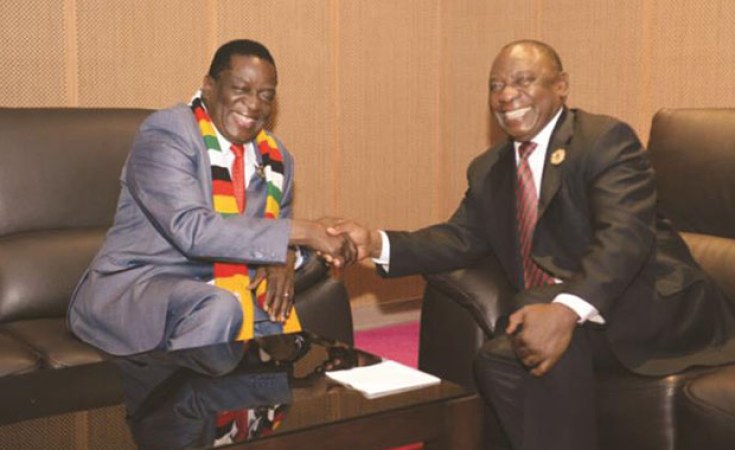 SOUTH AFRICAN President Cyril Ramaphosa is heading to Harare next month as his government continues to lobby for the complete scrapping of western imposed sanctions on Zimbabwe.

This was revealed Tuesday by South Africa's International Relations Minister, Lindiwe Sisulu who said Zimbabwe's economy has been constrained by sanctions.

"We are preparing for a bi-national with Zimbabwe, on March 12th. Our President [Ramaphosa] will lead the delegation to Harare.

"I think sanctions imposed on Zimbabwe will be top of our agenda and we are putting them across in the world," Sisulu said in a statement, adding that Zimbabwe will never emerge from its economic mess if sanctions remained in existence.

South Africa has led the push for the abandonment of the economic measures imposed on the Zanu PF led regime soon after the turn of the century by America and the EU.

The sanctions were introduced ostensibly to try and force behavioural change within then President Robert Mugabe's government, which was accused of poll fraud and rights abuses.

Demands for their lifting have reached a crescendo and endorsement from SADC leaders following their chance meeting on the side-lines of a recent African Union summit in Ethiopia.

Sisulu said the continued existence of sanctions was also impacting on her country's capabilities to land support to its troubled neighbour.

"The sanctions on Zimbabwe are real and are even making it harder for South Africa to lend much support to our northern neighbour," said the South African top diplomat who suggested sanctions should have automatically been scrapped when former President Mugabe was removed from office 2017.

She added, "There is no way that Zimbabwe can be on a path of economic recovery with sanctions hovering over their head.

"They can't even loan money from us in South Africa without breaking sanctions."

A recent crackdown on opposition activists, civic leaders and ordinary citizens accused of embarking on violent anti-government protests has spotlighted on the Zimbabwean government's apparent refusal to break from Mugabe's bitter past.

U.S President Trump Tightens Screws on Zimbabwe
Tagged:
Copyright © 2019 New Zimbabwe. All rights reserved. Distributed by AllAfrica Global Media (allAfrica.com). To contact the copyright holder directly for corrections — or for permission to republish or make other authorized use of this material, click here.