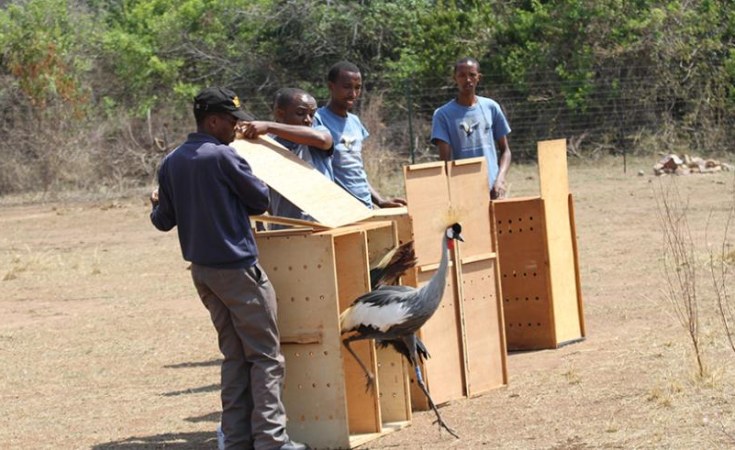 The 34-year-old is one of the three conservationists selected by FFN Academy, alongside Brazil's Fernanda Abra and India's Divya Karnad.

Olivier Nsengimana, a passionate veterinarian dedicated to the conservation of Rwanda's nature has won the prestigious Future For Nature (FFN) 2019 Award, which celebrates achievements in protecting wild animals and plant species.

A recipient of several accolades and a founder of Rwanda Wildlife Conservation Association (RWCA), Nsengimana was also awarded Euros 50,000 (Rwf50.6 million) for his tireless conservation efforts.

He, among others, also won the 2014 Rolex Awards for Enterprise for his conservation approach to protect grey-crowned cranes.

Abra successfully reduces traffic accidents between animals and vehicles in Brazil, such as maned wolves, cougars and ocelots through preventive protection measures, data collection and analysis and special training for drivers and traffic officials.

Karnad, successfully reduces the unwanted bycatch of endangered sharks along the Coromandel Coast of India.

From 125 applications from all over the world, an international jury of experts selected three young and talented nature conservationists as the winners of the Future For Nature Award 2019.

The trio will collect their accolades on May 3, this year during the FFN awards Event at Royal Burgers' Zoo, in Arnhem, Netherlands.