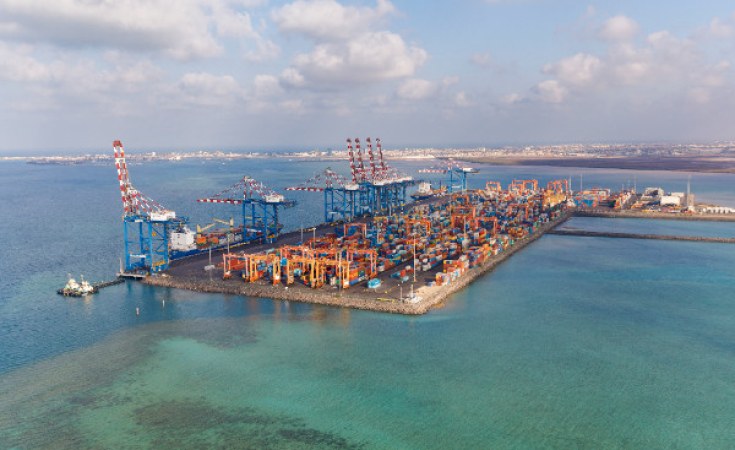 A year ago, on February 22nd 2018, the State of Djibouti prematurely terminated the concession for the Doraleh container port, awarded in 2006 to Doraleh Container Terminal (DCT), a company essentially controlled by DP World, a minority shareholder.

A year after the termination, motivated by the country's development imperatives and the necessity to control its strategic infrastructure, the Doraleh container terminal has established itself as an efficient structure, operated by a wholly publicly owned Djiboutian company, SGTD, which works for the public interest. And this, despite the "fake news" campaigns, the multiplication of legal proceedings, and other attempts by DP World to intimidate the Djibouti State and its strategic partners.

Located at the mouth of the Bab el Mandeb Strait, at the intersection of the world's main trade routes, the port clearly has multiple vocations: to serve its region, and in particular its Ethiopian sister nation, while positioning itself as a major transshipment platform, in direct alignment with Asia.

In early February, before members of the US Senate Committee on Armed Forces, General Thomas Waldhauser, Commander-in-Chief of AFRICOM (United States Africa Command), pointed out that the Doraleh container port had provided better services since DP World's departure. He also stated that the Republic of Djibouti, through the logistical and strategic platforms that it provides American forces in the region and in Africa, was an important strategic partner of the United States.

However, Djibouti's ambitions extend beyond the port of Doraleh. The container terminal is one of the cornerstones of an ambitious national development project: to make Djibouti a major commercial and logistics hub between Asia, Africa and the rest of the world. In addition to Doraleh's development, a new multi-purpose port was set up on the same site (DMP, May 2017) and the Goubet and Tadjourah ports were opened (June 2017). Boosting this expansion even more is the new free zone, expected to be the largest in Africa (opened in July 2018), and the launch of the new rail link between Djibouti and Addis Ababa (January 2018).

More recently still, an agreement with global scope in the energy sector was concluded on 17 February between Ethiopia and Djibouti. It provides for the commissioning of a gas pipeline between the natural gas fields of the Ogaden Basin in Ethiopia and the Djibouti coast. This will be followed, in a second phase, by the construction and operation of a natural gas liquefaction plant and a gas terminal in the Damerjog area, all with total private financing of around US$4 billion from POLY-GCL Petroleum Group Holdings Limited (China), the developer of this mega project.

The Ethiopian economy is on a long-term upward trend. The links between the two nations – strategic, commercial and cultural – are deep and long-standing. The spectacular regional "detente" enhances opportunities for all. For its part, Djibouti has invested heavily over the years in the establishment of enabling infrastructure and a legal framework that is strongly favorable to the private sector and service companies. This increase was highlighted by its 55-position leap in the 2018 Doing Business ranking.

The Republic of China has actively participated in this effort either in terms of direct investment or through the financing of Djibouti projects. And as part of the new Silk Roads and its African strategy, China has established itself as an essential partner.

This "great Djibouti ambition" is supported by a constant geostrategic balance. Located on a maritime route vital to world trade, Djibouti fully assumes its role in maintaining security in the Gulf of Aden and in the fight against terrorism. The country has also established itself as a key humanitarian hub, in particular to assist civilian populations affected by the conflict in Yemen.

The Republic of Djibouti, mindful of its responsibilities and alliances, would like to assure its friends around the world of its commitment to openness and its willingness to defend the interests of all, while upholding Djibouti's rights and ensuring equity.