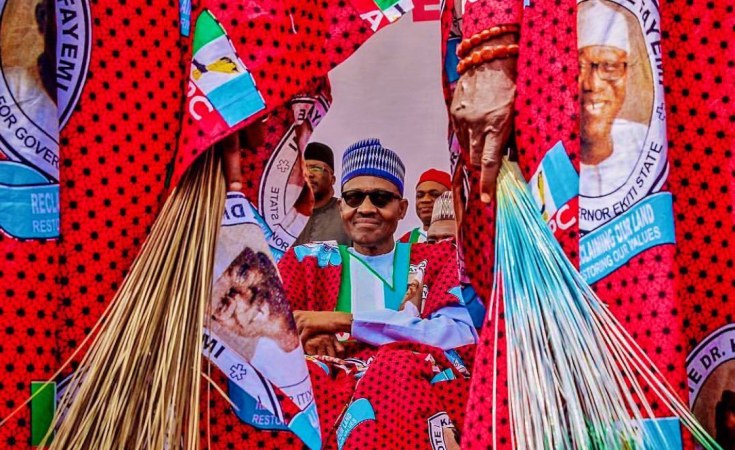 President Muhammadu Buhari will on Friday broadcast to the nation at 7 am with a repeat at 9 pm, his office said Thursday night.

The broadcast will come a day before presidential elections earlier billed for last Saturday.

Mr Buhari made a similar broadcast last Friday in anticipation of the postponed elections, but was criticised after he used the speech to solicit votes.

Many had expected the final presidential speech before the polls would solely focus on encouraging Nigerians to go out and vote, and be peaceful, while assuring voters and observers of their safety.

While the president assured of peaceful elections, he quickly delved into a lengthy enumeration of his administration's achievements and argued why he should be voted back to office.

"If they are only hoping to do what we are already doing successfully, we are clearly your preferred choice," Mr Buhari said, in reference to the opposition.

He added, "Think carefully and choose wisely. This time, it is a choice about consolidating on growth for Jobs and Prosperity."

Critics said the speech was an abuse of office since other presidential candidates would not be given similar access to reach their supporters via a state apparatus. Mr Buhari said his government would do its best to ensure that the 2019 elections take place in a secure and peaceful atmosphere.

"It was indeed such free, fair and peaceful elections that made it possible for our Government to emerge, despite the fact that we were contesting against a long-standing incumbent party," he said.

"And as your president and a fellow Nigerian, I ask that you come out and queue to fulfill this important obligation you have to yourselves and your fellow citizens - and to our common future."

He denounced threats of violence during the polls, saying any such warning did not represent the position of his government.

"Any comments or threats of intimidation from any source do not represent the position of the Federal Government of Nigeria," he said.

It was not clear what would be the focus of Friday's broadcast. Presidential spokesperson Femi Adesina, who announced the planned speech, merely enjoined radio and television stations to hook up to the state broadcaster, NTA.

Previous Story
Remove Buhari As You Removed Jonathan, Atiku Appeals to Nigerians
Next Story
Presidential Election - How Battleground States May Be Won and Lost

Remove Buhari As You Removed Jonathan, Atiku Appeals to Nigerians

Presidential Election - How Battleground States May Be Won and Lost

What Buhari Said to Nigerians A Day Before Elections