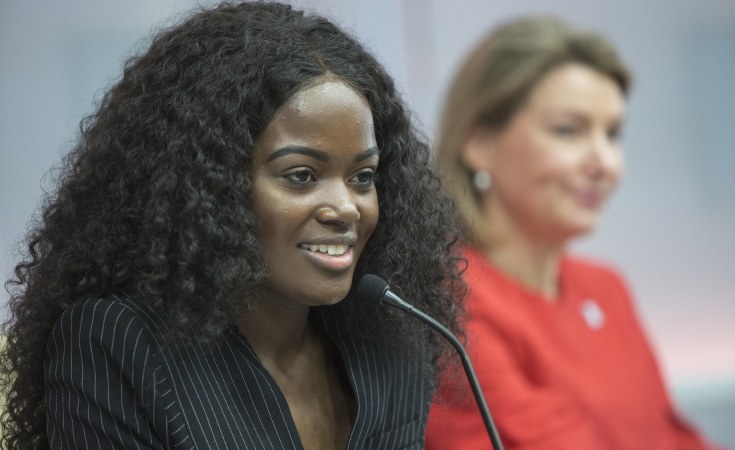 "I am inviting you to come together and stand on the right side of history by investing more in young rural people, and the communities where they live," Silver said just after being announced as the UN specialized agency’s Advocate for Rural Youth.

"It is with great delight that we welcome Sherrie Silver as our new Advocate for Rural Youth," said Charlotte Salford, Associate Vice-President of External Relations and Governance Department at IFAD. "Dance and music are great unifiers. They help young people to express themselves and unites groups of people across cultures and countries."

Silver’s message kicked-off the 'Our Future is Here' youth-led movement that aims to capture the energy and creativity of young people to raise awareness on the importance of investing in agriculture at a time when world hunger is on the rise, driven by conflict and climate change.

Hunger, poverty, youth unemployment and forced migration all have deep roots in rural areas, however there remains a wide funding gap. To eliminate hunger it is estimated an annual investment of US$180 billion is needed for rural areas. Of this, two-thirds is required for agriculture alone.

Born in Rwanda and educated in the United Kingdom, Silver was made world-famous by her choreography work in Childish Gambino’s culturally seismic video "This Is America," which won the 'Best Choreography' category at the 2018 MTV Video Music Awards and most recently at the 2019 Grammy Awards.

A social media influencer, Silver is passionate about helping young people thrive and educating the world about African cultures through the dance, while giving back to African countries through her philanthropy.

In her role as Advocate for Rural Youth, Silver will use her global platform to meet and connect with youth around the world and help campaign for the importance of reaching young people through investing in agriculture and rural communities.

More than half of the world’s youth population of 1.2 billion live in rural areas and struggle to find employment.  In Africa, an estimated 11 million young people will enter the job market every year for the next decade -- the majority of them in rural areas, where agriculture is still the biggest source of livelihoods.

"Youth unemployment will be the defining challenge of this era alongside climate change, and I am committed to helping the UN as an IFAD Advocate for Rural Youth to do everything I can to provide a better future for young people everywhere," Silver said. "They need jobs and opportunities in agriculture to help feed a growing population while also building a safe and prosperous future right where they live."

Silver added that "the only way we are going to solve complex challenges like ending extreme poverty, hunger and forced migration is by calling on governments to invest in a different way of going about development. Young people want to build a better world, but they can’t do it alone."

Prior to her appointment, Sherrie Silver visited an IFAD-supported project  in southern Cameroon, where she met with young entrepreneurs from a remote farming community who have been able to earn more income and produce more food due to IFAD investments in agriculture and business training in their community.

IFAD has invested in rural people for 40 years, empowering them to reduce poverty, increase food security, improve nutrition and strengthen resilience. Since 1978, we have provided US$20.4 billion in grants and low-interest loans to projects that have reached about 480 million people. IFAD is an international financial institution and a specialized United Nations agency based in Rome – the UN’s food and agriculture hub. More about IFAD: www.ifad.org. 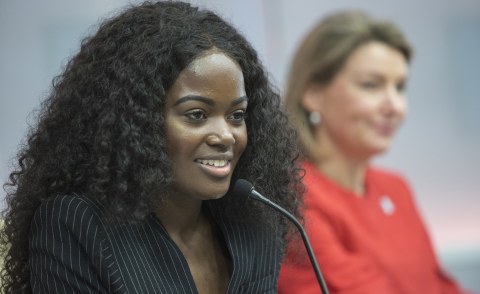 Rwandan-Born Dancer Sherrie Silver Named Advocate for Rural Youth
Tagged:
Copyright © 2019 International Fund for Agricultural Development. All rights reserved. Distributed by AllAfrica Global Media (allAfrica.com). To contact the copyright holder directly for corrections — or for permission to republish or make other authorized use of this material, click here.