Ethiopia: The Coffee Farmers Betting On Blockchain to Boost Business 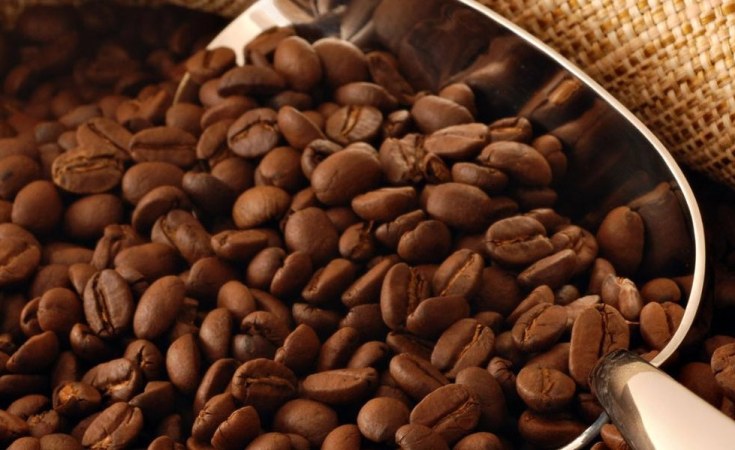 On a bustling street near the shiny new international airport in Ethiopia's capital is a small coffee roastery with big dreams.

Nearly 40 Ethiopians - a third of them women - sift, roast and package prized Arabica beans for export to Europe under the Moyee brand, founded by a Dutch social entrepreneur.

The roastery, together with the innovative use of blockchain technology to ensure the supply chain is transparent, represents an attempt to keep as much of the profits as possible in Ethiopia, one of the world's poorest countries.

"It's the world's favourite drink. We drink over 2 billion cups a day," said Killian Stokes, who set up the Irish branch of Moyee.

"The industry's worth $100 billion and yet 90 percent of coffee farmers in Ethiopia live on less than $2 a day."

That is partly because most exporters process the beans elsewhere, but also down to price fluctuations and other factors that make coffee growing a precarious business.

To make things fairer, Moyee has created unique digital identities for the 350 farmers it currently works with - meaning buyers can see exactly how much each individual grower is paid, with prices set at 20 percent above the market rate.

Now the brand, whose slogan is "radically good coffee", wants to use blockchain to take that to the next level - allowing buyers to tip farmers, or fund projects such as a new planting programme, through a mobile app.

The U.N. Food and Agriculture Organization (FAO) said in a recent report that blockchain had huge potential to address challenges smallholder farmers faced by "reducing uncertainty and enabling trust among market players".

The technology, used to underpin cyber-currencies like Bitcoin, allows shared access to data that is maintained by a network of computers and can quickly trace the hundreds of parties involved in the production and distribution of food.

Once entered, any information cannot be altered or tampered with.

'BIGGER THAN THE INTERNET'

Siobhan Kelly, an advisor to the Food Systems Programme at the FAO, said blockchain would ultimately be "much bigger than the internet". "Within 10 years - it'll take probably 10 years - it's going to be a major revolution, for everything," said Kelly.

"It's an innovation that is poised to empower local farmers in the Caribbean region," said Pamela Thomas, executive director of the Agriculture Alliance of the Caribbean (AACARI), a regional network of nearly 100,000 farmers. AACARI's project has two components: auditing by accredited professionals to ensure farmers adhere to the Global GAP (good agricultural practices) standards, and a digital marketplace where buyers can find detailed information about the produce.

Global GAP is a voluntary standard required by many European and U.S. supermarket chains.

Vijay Kandy, whose company is building the blockchain platform, said the auditing process would allow farmers to deal directly with buyers - bypassing the middlemen that many currently rely on - and make access to credit easier.

"One reason why buyers from faraway places or different countries go through middlemen is because they rely on them to make sure farmers are following these good practices," he said.

One such buyer is London-based Union Hand-Roasted Coffee.

The company sources its coffee directly from growers' cooperatives to ensure higher quality, pays farmers more than minimum price set by the global Fairtrade organisation, and works with more than 40 producer groups in 14 countries.

"We currently undertake direct interviews to verify farmers have been paid, but it's very time- and labour-intensive to do that and to record all that data," said Steven Macatonia, who co-founded Union in 2001.

"So to have a much more simple system where we can get a confirmation that payment has been received and how much that is, that could be hugely beneficial," he said.

Price fluctuations and the impact of climate change make coffee a particularly challenging crop to grow.

"Large companies' profits usually increase when prices are low, but the profit for farmers does not, and in some cases it may cost them money to produce coffee," said Aaron Davis, head of coffee research at Britain's Royal Botanic Gardens at Kew.

Davis's latest research shows climate change and deforestation are putting more than half of the world's wild coffee species at risk of extinction. Ethiopia - the birthplace of Arabica, the world's most popular coffee - is of particular concern.

Up to 60 percent of the land used to grow coffee could become unsuitable by the end of the century, Davis found. "The more a farmer is paid, the more resources he will be able to devote to climate resilience," he said.

Both Davis and the FAO's Kelly however cautioned that blockchain technology was not going to be a "quick fix", with farmers around the world facing multiple challenges.

"Farmers need access to affordable seeds, to affordable finance and credit when they need it ... and these things are not going to be given by blockchain," said Kelly.