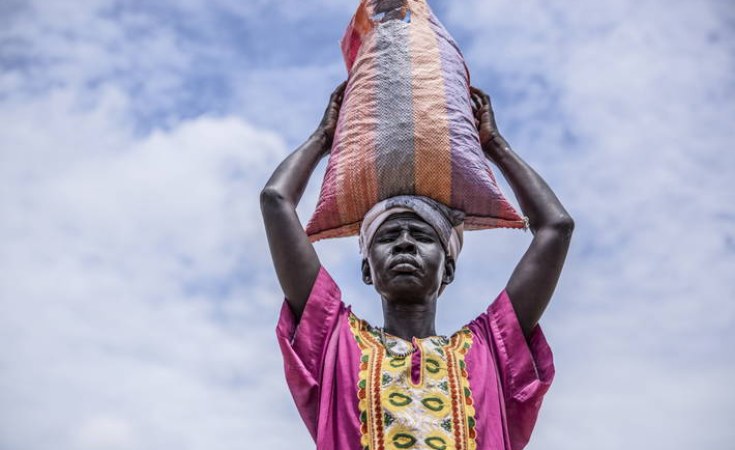 The Food and Agriculture Organization (FAO), UN Children's Fund (UNICEF) and the World Food Programme (WFP), in collaboration with the Government of South Sudan, released on Friday the Integrated Food Security Phase Classification (IPC), which indicated that acutely food insecure people there has shot up by 13 per cent since January last year.

"The projections are alarming and food security continues to worsen," said Pierre Vauthier, FAO's interim Representative in the country. "Together with the people of South Sudan, we need to act urgently to reverse this trend."

The increase includes some 30,000 people who are already experiencing extreme food insecurity in Jonglei and Lakes states, in eastern and central South Sudan.

Moreover, local cereal production in 2019 will supply 52 per cent of South Sudan's cereal needs, compared to 61 per cent in 2018.

"Our priority is to support families to maintain and increase their production, and help agro-pastoral communities preserve their livelihoods," Mr. Vauthier asserted.

FAO is vaccinating animals to support agro-pastoralist communities that depend on livestock.

UNICEF is targeting more than two million children and their mothers to deliver nutrition services.

WFP plans to pre-position 175,000 metric tons of food in more than 60 warehouses to reduce delivery costs and making airdrops unnecessary during the rainy season.

WFP will provide the most vulnerable with food:

and cash distributions in areas with working markets;

for work on reconstructing community assets;

and special products to treat malnutrition among children, and pregnant or nursing women.

More funds are urgently needed to scale-up humanitarian assistance, particularly as some 50,000 people will face extreme food insecurity during the leans season, between May and July.

"Unless we scale up humanitarian and recovery activities soon, more and more people will be at risk," said Simon Cammelbeeck, WFP's Acting Country Director in South Sudan.

Malnutrition levels are already critical and threaten to worsen, with some 860,000 children under age five severely malnourished.

"This is especially worrying as those most in need of assistance are malnourished women and children," Mr. Cammelbeeck lamented.

While the world's youngest nation has been mired in conflict for nearly all seven years of its existence, in early 2018 President Salva Kiir and his former Vice-President and his long-time political rival, Riek Machar, signed a peace accord, which has increased some access for UNICEF.

UNICEF has made "significant progress in treating severe malnutrition in children," with a recovery rate above 80 per cent, according to Andrea Suley, its ad interim Representative in South Sudan.

"Yet," she explained "our nutrition programme has a funding gap of 88 per cent," saying: "If funding is not timely secured, the children we know how to save may not make it."

The UN agencies have conducted relief operations since the conflict erupted in late 2013, including mobile teams travelling, usually by helicopter, to reach people in isolated areas.

♦ Receive daily updates directly in your inbox - Subscribe here to a topic.

♦ Download the UN News app for your iOS or Android devices.

More Than Half of South Sudan's Population Facing Food Crisis

Catholic Bishops Express Doubt Over South Sudan Peace
Tagged:
Copyright © 2019 UN News Service. All rights reserved. Distributed by AllAfrica Global Media (allAfrica.com). To contact the copyright holder directly for corrections — or for permission to republish or make other authorized use of this material, click here.