Kenya: I Look Forward to Day Kenya Will Have Female Head of State - Kenyatta 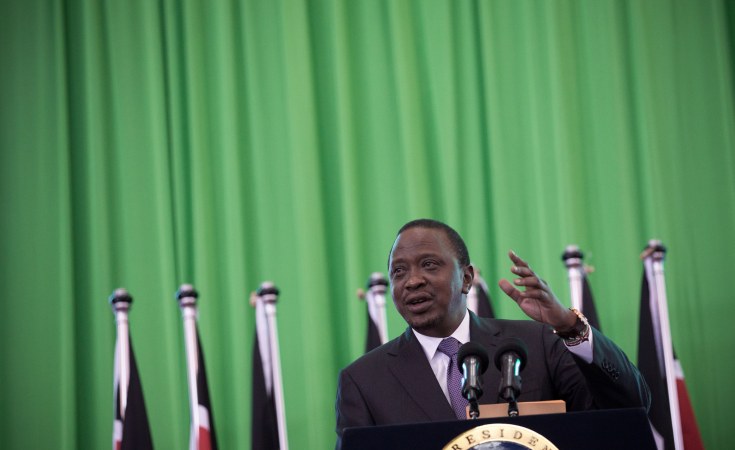 President Uhuru Kenyatta has said he looks forward to the day Kenya will have its first female Head of State.

While acknowledging that women are naturally gifted with attributes of servant leadership, the President said some of his best performing Cabinet Secretaries are women.

"I pray to God and look forward to the day that I shall be sitting and listening to the first female President addressing the people of the Republic of Kenya," said the Head of State.

The Head of State was speaking on Friday when he briefly joined First Lady Margaret Kenyatta who hosted over 2000 Girl Guides and their leaders during celebrations to mark this year's World Thinking Day.

President Kenyatta said Kenyan women, especially the young ones have both a great future and potential. They should always strive to bring out the best qualities in them without allowing to be put down by anybody.

"Nobody should put you down because you are girls on the excuse that you have no capacity," President Kenyatta told the women and girls adding that leadership in the family and the country does not exist without the full participation of women.

"What really matters is the commitment to the family and the country. I will continue working and supporting the girl child and ensure women take their rightful place in our society called Kenya," said the Head of State.

The World Thinking Day is celebrated under the auspices of the World Association of Girl Guides and Girl Scouts (WAGGGS) across 150 countries in the World.

President Uhuru Kenyatta says that he looks forward to the day that he will be listening to the first female Kenyan president addressing the people. pic.twitter.com/oCAuKotwya

The Kenya Girl Guides association (KGGA) is a member of the global body that brings together over 10 million Girl Guides and Scouts.

Celebrated since 1926, World Thinking Day is a day of international friendship and gives the girls an opportunity to speak out on issues that affect young women and fundraise for the 10 million Girl Guides and Girl Scouts.

The World Thinking Day also celebrates the birthdays of the late Baden Powell and his wife Olave Powell who were the founders of the Scouts and the Girl Guides movements respectively.

The remains of the two icons who share a February 22 birthday are buried in Nyeri, Kenya.

First Lady Margaret Kenyatta, who is the patron of the KGGA extolled the virtues of dignity, integrity and servant leadership among the Girl Guides and Girl Scouts.

"I applaud you for standing firm, and holding on to the virtues that this movement has come to be associated with: dignity, integrity, service, leadership and patriotism," said the First Lady.

The First Lady said she was proud and honoured to be associated with a movement that seeks to raise and empower girls and women to develop to their fullest potential as leaders and citizens of the world.

"We celebrate girls and women who have committed their energy and time to be change agents," said the First Lady.

She said the Kenya Girl Guides movement has impacted millions of girls and women in Kenya , indiscriminately drawn from different social backgrounds and brought together for a noble cause of empowerment.

The First Lady said the principles of character building associated with the Girl guides and scouts movement are true gems that guide the girls for the rest of their lives.

The occasion also acknowledged and celebrated women who have voluntarily dedicated decades of their time and served diligently, sharing their knowledge and mentoring girls.

During the occasion, the First Lady presented various awards to 236 recipients in recognition of their exemplary work in the movement.

The awardees included Guide leaders, Head-teachers of schools, County Girl Guide Commissioners, partners and senior heroes who have distinguished themselves in the service of the country including former Commissioner Ms Honorine Kiplagat and Lady Justice Joyce Aluoch