South Africa: DA Says It Is Ready to Govern As Supporters Gather for Manifesto Launch 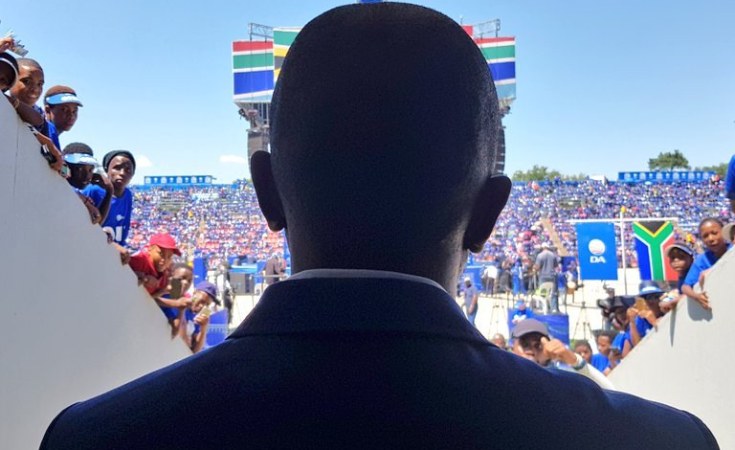 The DA said it is ready to govern South Africa, and its readiness will be reflected in the manifesto the party is launching on Saturday at the Rand Stadium in Johannesburg.

The party said that it expects no less than 20 000 people to attend the launch, which will be addressed by leader Mmusi Maimane.

Scores of people began filling up the stands on Saturday morning, with music entertaining them ahead of the commencement of the official programme.

DA Gauteng leader John Moody told News24 that the province will be led by the DA after the May 8 elections. "I just feel it, we are ready for this fight and we have been working very hard since 2012 to achieve our objectives."

"Mark my words, after the elections, this province will be liberated and will be run by a DA-led government as the Cities of Tshwane and Johannesburg," said Moody.

The party's chief whip in the National Assembly John Steenhuisen said that where the DA has been in government, there has been improvement of governance.

In the manifesto, people could expect a "great prospectus of hope and change, we are the one party that is offering people opportunities to go out of the situations that they are now to a new life for themselves and a new start for them and their families".

Spokesperson for basic services in the party, Makashule Gana said that the South Africans should expect commitments from the DA in terms of upgrading informal settlements, including the provision of water and electricity.

"When you go to villages, people are complaining about water, while in the Emfuleni municipality area, you find people who complain about sanitation, and those are the things the DA commits to deal with," Gana said.

In his "alternative state of the nation address" in response to President Cyril Ramaphosa's address, Maimane said that "South Africa doesn't need a new bus driver, but a new bus, and that liberation movements fail in government".

He said that if South Africans took their democratic duty seriously, then this year's election had to be a referendum on the ANC.

"Not an expression of hope for a better version of the ANC, but a referendum on the party's achievements and failures during its time in office, and particularly its performance over the past term."

Maimane is expected to speak around 12:50 on Saturday.