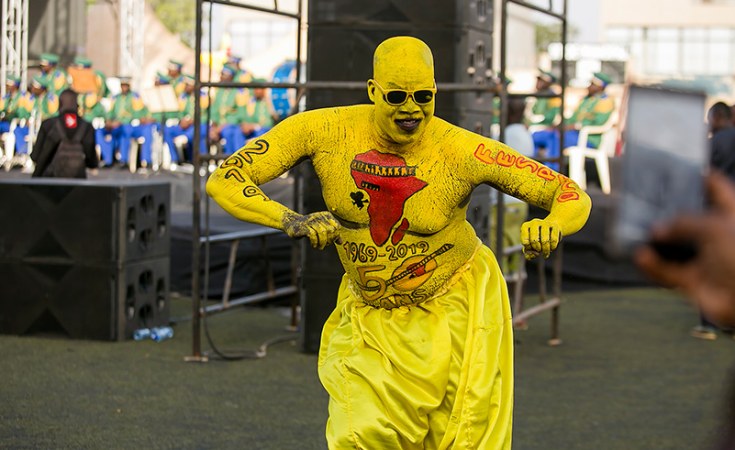 Photo: The New Times
A fan celebrates at the opening of the Pan-African Film and Television Festival of Ouagadougou 2019.
Radio France Internationale

Africa's largest film festival, Fespaco, celebrates its 50th birthday on Saturday as the biennial event kicks off with an opening ceremony at Ouagadougou's municipal stadium. Some 160 films from across the continent are set to be screened over the next week with 20 movies competing for the prestigious l'Étalon d'or de Yennenga prize.

"For this 50th edition, we've invited all of the filmmaking professionals from the African continent and their partners, to reflect together on the collective memory and future of pan-African cinema," Ardiouma Soma, executive officer of Fespaco, told RFI in an interview.

Fespaco - the acronym for the Pan-African Film and Television Festival of Ouagadougou in French - was launched in 1969 and is similar in structure to the Cannes Film Festival with several official selections including short documentaries, animations and full-length feature films.

The festival is an opportunity for African filmmakers to promote their work and aims to contribute towards the expansion and development of African cinema in Europe, North America and beyond.

"Our film-making industries must work for the economic development of our countries," said Fespaco's Soma.

Films from 16 African countries are vying for the so-called African Oscar - the Golden Stallion of Yennenga, a prize named after the story of a 12th century beautiful princess who is considered the mother of the Mossi people.

Finalists this year include Rafiki, a film about the love and friendship between two young women that was banned by Kenya's classification board; Ghanaian movie Keteke, which tells the story of a couple desperate to have their baby born in their home town Akete; and Miraculous Weapons, a Cameroonian film about a man on death row in South Africa.

Security is expected to be tight for the 2019 festival with Burkina Faso increasingly targeted by jihadist groups who are waging an insurgency across the Sahel region.

"We have taken all the necessary measures," said Soma. "Festivals like Fespaco are meeting places to talk about culture and democracy, to fight the forces of evil."

A number of attacks have taken place in the north of the country and the capital Ouagadougou has been targeted three times in the past three years.

"We have the usual security measures that we are reinforcing for Fespaco, it's quite normal," Ousséni Compaoré, Burkina Faso's minister of security, told the AFP news agency. "We want to reassure featival-goers that they can come to Ouagadougou - to eat at any time, to move around at any time without problems." 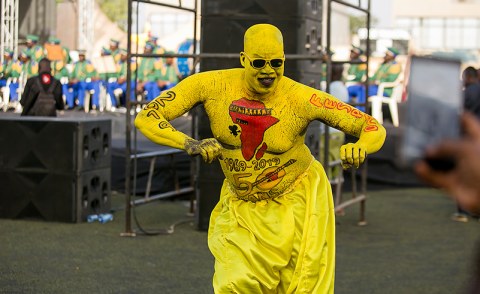 Kenyan Actress in Banned Lesbian Film Rafiki Wins Award
Tagged:
Copyright © 2019 Radio France Internationale. All rights reserved. Distributed by AllAfrica Global Media (allAfrica.com). To contact the copyright holder directly for corrections — or for permission to republish or make other authorized use of this material, click here.