Tanzania: Is Witchcraft New Enemy to Our Country? 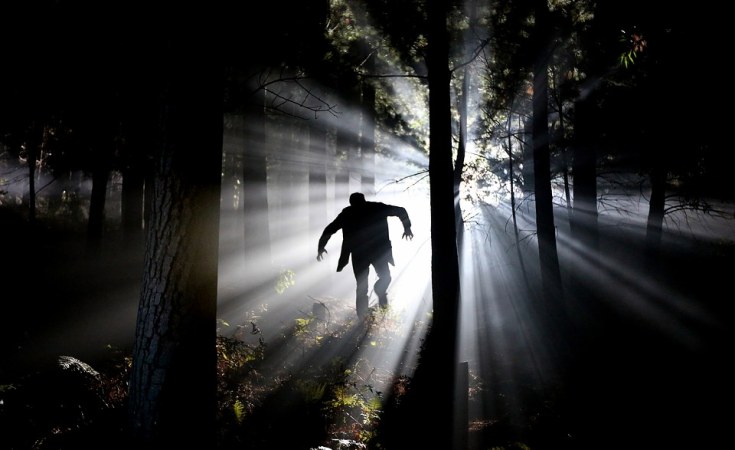 IN one of his invaluable writings to his people, the Father of this Nation Mwalimu Julius Kambarage Nyerere once remarked, "We should run while others are walking." Others are going to the moon while we are still lagging behind.

Yes, President John Pombe Joseph Magufuli is opening up to that saying,-having revived our aviation industry, the modern railways in the name of Standard Gauge Railway(SGR), improving our highways with flyovers with the state of the art bridges, there are people who are pulling our legs by believing on the myth of the witchcraft.

Witchcraft is a word denoting spiritual evil in the African context. Beliefs in witchcraft are wide spread as means of explaining the unequal distribution of good and bad fortunes.

I am forced to believe that is another additional enemy to our country which originates from the highest manifestation of ignorance.

With the killings of young people in Njombe and later in Simiyu regions at this 21st century nursing ideas that by using private organs of the deceased could bring fortunes to ones' business is ill-advised fallacy. People are forced to go to the polls to identify the culprits in Simiyu!

It appears this hypothesis does not want to die as it is as old as history itself. I remember in the past, there was a hunt of people with bald heads as they were killed to provide necessary charm for fishermen along the Lake Tanganyika

Then came the skinning alive people in Tunduma and Mbozi which was alleged to be used for magical use for fortunes then the catalogue of killings moved on to the people with albinism that troubled this country for quite some time.

Such grisly killings of albinos have gone to the extent of being insane in thinking of the abolition of death sentence in this country. How would you convince your citizens to remove death sentence at the wake of such hopeless killings?

Incidentally such killings have a tendency of spreading in the neghbouring countries. If you talk of skinning people, this goes as far as Malawi to Zambia but for albino it goes almost to all East and Central African countries.

I would not be surprised if a record of top ten Africans countries practicing witchcraft would not spare Tanzania as one of them following the recent issues that had caught the world headlines on witchcraft beliefs.

The impact of witchcraft is an integral feature of traditional culture on African existence, notably community life, religion, politics, the law, and economic practice. It stresses the significance of traditional society's powerful egalitarian impulses as well as its profound conviction that all things- goods, wealth, well-being and life force-are in a strictly limited supply that cannot be increased, but can only be redistributed by force or through magical manipulation.

But we have had enough now in Africa and if it is a question of experience like it used to be in the 18th century-Europe, it has to be stopped now. But a queer coincidence just happens without evidence whenever a political change is to happen- general elections these things resurface; has it to do with our politicians?

We remember the early days of independence, for the so-called Africanization people had to go to Mlingotini, Bagamoyo to pay homage to the famous witchdoctors for charm that would see them accelerating to higher positions.

To many Africans, this evil power is witchcraft. In some areas of Africa, where civil wars and economic disasters have left society in disarray, the numbers of allegations have amounted almost to epidemics of accusations.

The Congo and southern Nigeria can be particularly singled out, but accusations occur almost everywhere. Not all are taken seriously, but many are. Some are taken to pastors for exorcism, other people attempt their own.

Modern beliefs see the power of witchcraft as emanating from evil spirits that possess the witch and endow him or her with the power to harm. Witchcraft is a European word to dehumanize and demonized traditional African spiritual system. We have to distinguish between traditional healers and witchdoctors.

According to studies made, this belief in possession by evil spirits has been promulgated in Africa by western missionaries of fundamentalist, particularly Pentecostal, Christian beliefs. It has enabled Africans to retain a modified version of their former beliefs in witchcraft, obtaining the approval and support of Satan-hunting Christians whose life is dedicated to the pursuit of evil. New churches, started by Africans with a self-proclaimed "divine mission", have sprung up everywhere.

These churches do not "control" witchcraft beliefs, although they encourage and profit from them. Nor is it true to say that it is only as witchcraft escapes from the control of the church that it becomes evil; witchcraft is evil from the beginning. Some people may feel protective of Christianity.

The pastors of independent African churches may identify children as witches (for a fee) and are prepared to "cure" them (for a further fee) by exorcising the evil spirits. Such exorcisms are often violent; beating and the use of cold water to cleanse and purify the possessed being is common in many Congolese churches and elsewhere in Africa, too.

Once suspected, the "witch" must usually be made to "confess". Denial of accusations is not acceptable, but ensures further efforts are made. Much of the violence of exorcisms in the African-led churches may be the result of attempts to force "confessions" from suspects. Fasting, abstention from all liquid, lack of sleep is all ordeals designed to facilitate confession and force the evil spirit out of a purified body. It is the spirit that is being attacked, not the person.