Nigeria: Football On the Roads, Violence On Ballot Boxes 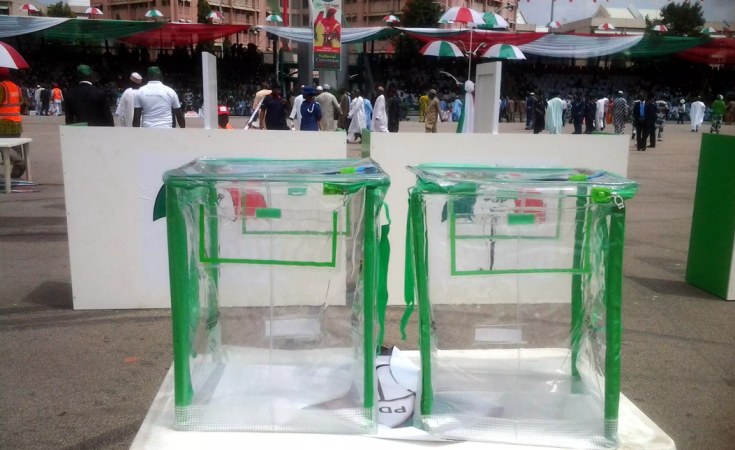 One of them said he would like to be a Ronaldo and another chose be like Messi.

Many of them were eligible to vote, given their ages. But they took to football on this day that Nigerians were voting to elect who becomes their President and national law makers.

The long Ago Road was their soccer ground. Vehicular movements are not allowed on election days in Nigeria and the youth cashed on this to have fun. They used objects to make goal posts and they had fun playing their football while election was going on.

One other young boy simply said "no President, we don't want any President and I hope you will publish this and spread our message."

The boys continued their soccer game even when thugs disrupted the election in an area not far from them. There were many other roads in Lagos that the youth turned to soccer grounds.

Thugs suspected to have sympathy for the ruling APC disrupted election at a polling unit in Ago after police stopped them in Alibaba in the same area.

They came in bikes and were up to 15. Voting had not started when they invaded Alidada. They quickly moved to a bus stop called Last Bus Stop and unleashed mayhem. Before development spread in Ago area and linked Festac, the area was the last bus stop on Ago road to Amuwo Odofin. Road ended there and thus the name Last Bus Stop.

And that was where political thugs ensured voting did not last for the votes to count. The hoodlums threatened hell to the voters, snatched the ballot boxes and burnt them.

A policeman and another police woman around could not stop them. Security reinforcements later came and the hoodlums ran away. One was not lucky. He was beaten and his bike was burnt by voters who summoned courage to fight back. Police later teargassed the crowd to bring sanity to the area but the mission of the hoodlums had been accomplished. Voting was disrupted in the area.

"Criminals have voided our votes. It is unfortunate," one voter lamented.

"They were shouting 'no PDP here' and tried to chase everybody away," another voter said. Burnt ballot papers were scattered on the ground as the people expressed sadness.

Electoral Board Postpones Elections in Lagos, Rivers and Anambra States

Electoral Board to Cancel Polls Where Ballot Boxes Were Snatched

So Far, a Neck and Neck Race as Nigeria's Poll Results Trickle In
Tagged:
Copyright © 2019 Vanguard. All rights reserved. Distributed by AllAfrica Global Media (allAfrica.com). To contact the copyright holder directly for corrections — or for permission to republish or make other authorized use of this material, click here.