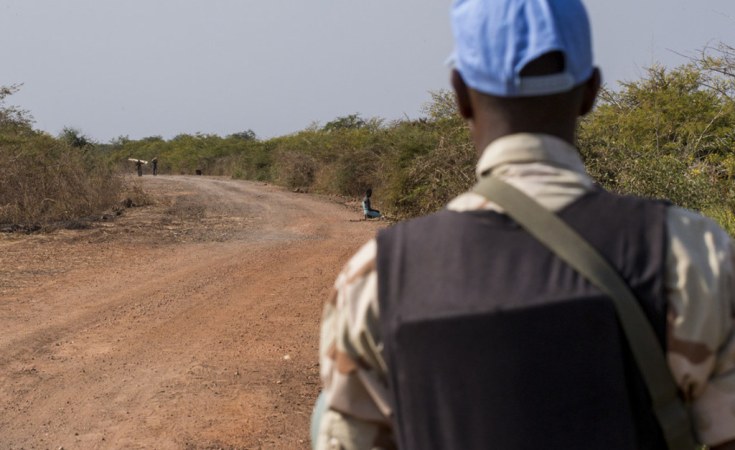 Many attempts at ceasefires and peace deals have failed in South Sudan. But a 2018 peace agreement, signed five years after the 2013 conflict began, has inspired hope for a lasting peace treaty. As part of the deal, former rebel leader Riek Machar has rejoined the government and resumed his vice president duties. However, it's still unclear when Machar will to return to the capital Juba.

The young nation hasn't fared well since the optimism that was felt around the world when the Republic gained its independence on 9 July 2011. Trouble began in December 2013, a mere 17 months after independence, when a power struggle within the ruling Sudan People's Liberation Movement divided the political party. The movement is the political wing of the guerrilla army that led the struggle for independence.

President Salva Kiir retained leadership of the movement and his deputy Machar resigned from government to form the SPLM In Opposition.

The split triggered a new civil war between the two men's supporters. It started in Juba but by the start of 2014 it had spread across the country. Sudan had once again descended into chaos assisted in no small way by the interference of its neighbours. Both Uganda and Sudan are reported to have backed factions during the war.

The expectation for sustained peace and prosperity had begun to fizzle until late 2018 when a revitalised peace deal was reached. The hope is that peace will prevail. But after so many failed attempts to end hostilities there is some scepticism. Can this latest truce hold?

This deal certainly offers a promising end to the young nation's conflict. Since the regionally brokered agreement was reached, President Kiir has also signed a declaration giving amnesty to the troops, army generals, and leaders of the SPLM in Opposition.

The amnesty included Vice President Machar and was an important gesture showing Kiir's commitment to moving on from the senseless war.

Moves such as these inspire optimism because they suggest that the government of South Sudan is finally committed to creating a functioning republic. So far Kiir and Machar have shown a willingness to act responsibly towards the successful implementation of the peace process.

But a lot still remains to be done. Stake holders like the Intergovernmental Authority on Development, the African Union, United Nations, and other state and non-state actors must actively support the peace process. Their first challenge would be to manage the region's refugee problem.

Regional stability should be considered a priority. East Africa is a volatile region with many shared problems. A political challenge in any given state has the potential to immediately impact neighbouring states. And conflicts in any of the countries in the region have over the years created a variety of problems, one of which is an enduring refugee crisis.

Ethiopia now tops the global list of countries with the highest number of internally displaced citizens. Meanwhile, more than 800,000 Somalis have sought asylum in neighbouring countries.

In South Sudan, 2.4 million people have fled to neighbouring countries because of the war. Just over 2 million are internally displaced. Together, this is more than one third of the country's population. This is a humanitarian crisis as well as a security risk because refugees are often targeted for recruitment by rebels, and even terrorists.

Refugee management and successful repatriation of nationals must therefore be a key pillar of South Sudan's peace strategy.

The second dragon that South Sudan must slay is disunity. The two SPLMs must present a united front. Their conflict resolution arrangements must be upheld at all costs.

If Kiir and Machar succeed in holding it together this time around the people of South Sudan may have a genuine shot at a peaceful existence. Which is not to say they won't face some obstacles along the way.

There have already been a few violations to the cease fire agreement. This is a worrying development that must be nipped in the bud if South Sudan, its neighbours, and the world are truly committed to a viable peace process.

Catholic Bishops Express Doubt Over South Sudan Peace
Tagged:
Copyright © 2019 The Conversation Africa. All rights reserved. Distributed by AllAfrica Global Media (allAfrica.com). To contact the copyright holder directly for corrections — or for permission to republish or make other authorized use of this material, click here.