Nigeria: We Have Not Cancelled Election in Any Part of Nigeria, Says INEC 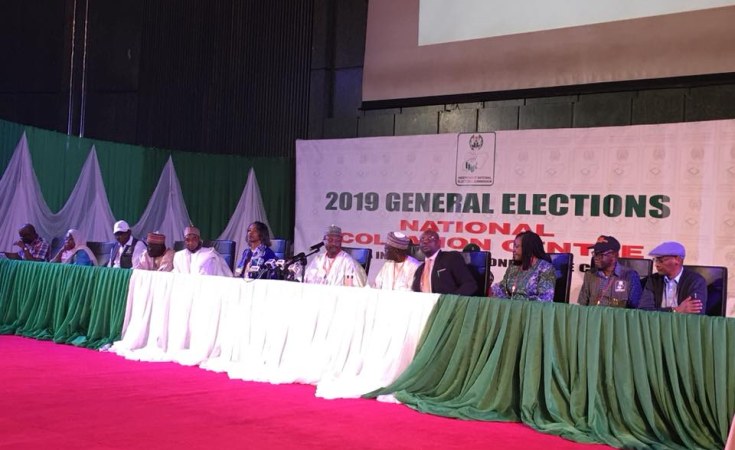 The Independent National Electoral Commission (INEC) yesterday insisted that it has not cancelled elections anywhere in the country.

Specifically, he stated this while responding to a question on the elections in Imo, Lagos, and Anambra states, where electoral malpractices were recorded and the need to reschedule the elections in those parts of country.

He said: "Where violence occurs, or where there are violations that make it impossible for us to conduct credible elections in parts of a state, obviously, our solution would only apply to that part of the state.

"In our regulations and guidelines, we made it clear where there is willful refusal to use the smart card reader, the commission will appoint another date to go back to those constituencies on the elections.

"And I have enumerated the number of states where, yesterday, we directed the Resident Electoral Commissioners (RECs) to conduct elections, before we can finally conclude on those states.

"So, wherever there are violations, and these violations would require going back to conduct elections, we will do so. But, so far, there is no state where these violations are wholesale across the state to warrant full repetition of elections state-wide."

There had been rumours that there were moves to cancel the elections in the Federal Capital Territory (FCT), Abuja because the All Progressives Congress (APC) lost, but the INEC chairman refuted the claims.

He also said Ekiti State had concluded the presidential elections, as the collation officer was already on his way to Abuja with the results.

Meanwhile, the Peoples Democratic Party (PDP) in Akwa Ibom State has raised alarm over alleged plans by the APC to alter the results of the polls for which collation is already ongoing in its favour.

Publicity Secretary of the party, Ini Ememobong, stated this in a statement in Uyo, alleging that since yesterday several attempts have been made by Senator God'swill Akpabio to change the results of Essien Udim Local Government Area to his favour.

"But information reaching us is that Akpabio, who was accompanied by Ibanga Akpabio, Emmanuel Akpan, Nse Ntuen, armed police, soldiers and thugs are currently at INEC's office at Essien Udim.

"The Electoral Officer, Charles Ibiapuye, has succumbed to pressure emanating from death threats and financial inducement of $200,000 and is now filling result sheets for units and wards where elections had been cancelled. They are even going further to change results already won by the PDP in favour of the APC," it stated.