Nigeria: Why Nigeria's Election Was an Improvement On Previous Polls 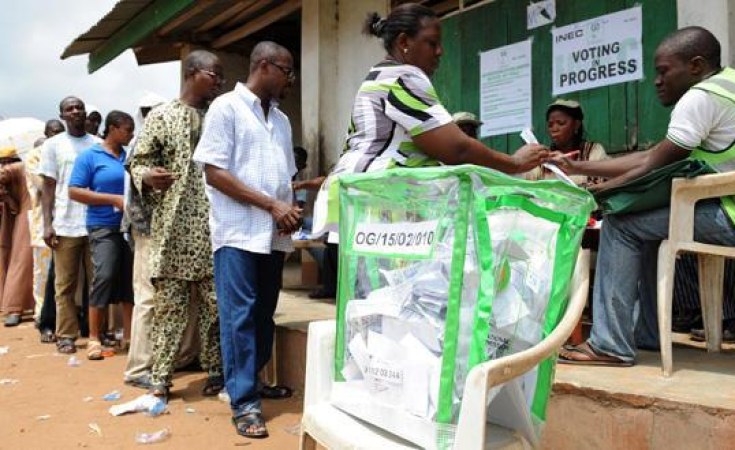 The close-run election contest between incumbent Muhammadu Buhari and former vice-president Atiku Abubakar was largely peaceful. But it was not a perfect performance given that there were some pockets of violence that led to the death of at least 16 people. Olayinka Ajala gives his views on the poll.

How well did the country's Independent National Electoral Commission's manage the vote?

Although the election can't be described as a perfect performance, it was a noticeable improvement on previous elections conducted since the country returned to democracy in 1999.

The commission understandably received a lot of stick for pushing back the election by a week. But it has acquitted itself well by resisting intimidation from the political parties to conduct a fairly credible election.

Although there were pockets of violence - in one incident in River State 16 people died - the process was peaceful in most of the states. There was delayed voting in some polling units but the commission was able to douse the tension by extending the voting hours in the affected areas.

Faulty voter card readers were a key source of complaints by several political parties during the 2015 elections. This time around, issues relating to malfunctioning of electronic card readers were promptly addressed by the electoral commission's mobile team.

The postponement of the elections by a week also allowed the electoral commission to replace the card readers destroyed in arson attacks on three of its state offices.

The electoral commission's work has been commended by a number of organisation's. Two notable ones were the All Progressives Congress whose chairman Adams Oshiomhole commended it's work as did the Centre for Transparency Advocacy.

Despite the challenges faced by the electoral commission in the run-up to the poll, the commission was able to conduct a credible election in a very challenging atmosphere.

What other factors affected the election?

One of the key threats prior to the elections was insecurity in the already volatile regions of the country as well as in several electoral hotspots. Frequent attacks by Boko Haram and a cycle of clashes between farmers and herdsmen north of the country had created apprehensions before the elections.

True to these fears, there were multiple blasts and gun shots around the North-Eastern region of the country on the morning of the elections. Boko Haram factions fired rockets in Borno State capital Maiduguri to dissuade residents from participating in the elections. The military, however, was able to take charge of the situation and allow the residents to vote in the elections.

Although the Boko Haram ambush was quickly foiled, there were pockets of violence around the country that could affect on the outcome of the elections. This is especially at the national assembly levels in the regions affected.

In a repeat of the 2015 elections, Rivers State - which is the largest oil producing state - experienced the highest number of election related fatalities. This resulted in the cancellation of some local government elections.

At least six people were killed in Rivers State including an army officer in clashes between political party hirelings and security operatives. Rivers State is considered a major hotspot in the country during elections not only because of its position as the largest oil producing state but also because it is home to several militant groups agitating for the control of oil resources in the Niger Delta region.

There were also clashes in areas that include Lagos, Ibadan and Bayelsa.

Although these pockets of violence would affect the regions where the violence took place, it's unlikely to affect the overall outcome of the elections as electoral commission insisted it would cancel elections where there are outbreaks of violence. Elections in the affected areas in Rivers have already been cancelled.

Can the elections be described as free and fair?

To a large extent the conduct of the elections can be described as free and fair. The electoral commission, security forces and most candidates have conducted themselves reasonably well.

As for the electorate, there is evidence that Nigerians were more willing to play their part. The electorate monitored political parties very closely, an indication in my view that democracy in Nigeria is maturing

It also seems that people were prepared to take action (sometimes by taking the law in their hands) to ensure that there wasn't any interference in the election process. For example, in Lagos irate voters attacked and killed a one member of a vigilante group who attempted to destroy ballot papers. Although the police force has warned the electorates from engaging in "jungle justice" the willingness of voters to confront political thugs is a new development in Nigeria's democracy.

Buhari in Early Lead, Wins Seven Out of 12 Announced Results

Main Nigerian Opposition Party Rejects Early Poll Results
Tagged:
Copyright © 2019 The Conversation Africa. All rights reserved. Distributed by AllAfrica Global Media (allAfrica.com). To contact the copyright holder directly for corrections — or for permission to republish or make other authorized use of this material, click here.