Kenya: More Than 100 People to Be Questioned Over Sh63bn Dams Probe 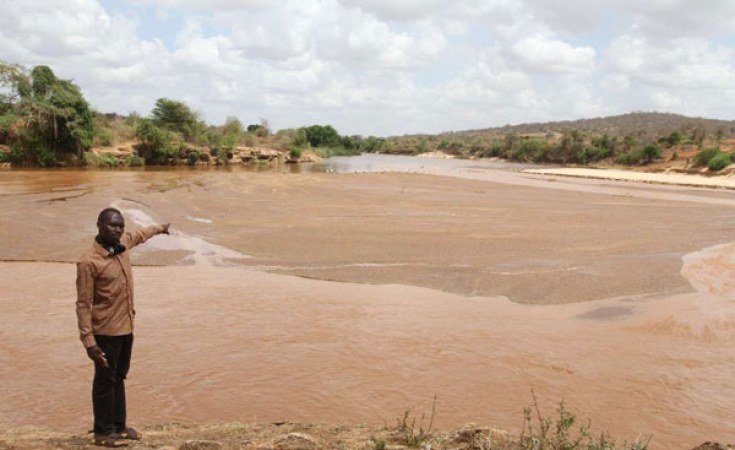 Kitavi Mutua/Daily Nation
A man points to the site of the proposed Thwake dam at the confluence of Thwake and Athi rivers at the border of Kitui and Makueni counties (file photo).
Capital FM (Nairobi)
By Simon Ndonga

Nairobi — Over 100 people are on Tuesday expected at the Directorate of Criminal Investigations (DCI) after they were summoned for questioning over Sh63 billion Arror and Kimwarer Multi-Purpose dams in Elgeyo Marakwet County.

DCI boss George Kinoti stated that those summoned were paid for various services connected with the dams, which were scheduled to have started construction in 2017.

In a statement, Kinoti listed 27 companies and their more than 100 directors, whom he wants questioned over the controversial dams said to have cost the tax payer billions of shillings in dubious deals.

Uhuru Kenyatta Urged to Crack Down on Dams Scandal

Kenya Suffers Setback as MPs Suspend Dam Projects Over Corruption
Tagged:
Copyright © 2019 Capital FM. All rights reserved. Distributed by AllAfrica Global Media (allAfrica.com). To contact the copyright holder directly for corrections — or for permission to republish or make other authorized use of this material, click here.