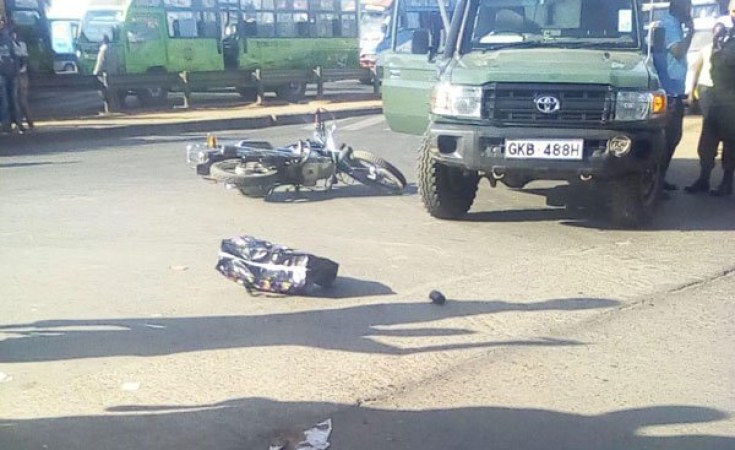 Daily Nation
The grenade and motorcycles the suspects were riding on on Thika Road.
Capital FM (Nairobi)
By Simon Ndonga

Nairobi — Five suspects were Monday night arrested after hurling a grenade at police officers who were chasing them following a robbery at an M-PESA shop in Nairobi's Huruma estate.

According to police, "the gang had stolen an unknown amount of money from the shop and was escaping when they bumped into police officers on patrol," but declined to stop, and instead raced off on motorcycles.

The officers chased the gang riding on three motorbikes up to the Thika Superhighway where they threw a grenade at the officers, but it did not explode.

They were later arrested and are due in court Tuesday morning.

Nairobi Hotel Attack Victims Laid to Rest
Tagged:
Copyright © 2019 Capital FM. All rights reserved. Distributed by AllAfrica Global Media (allAfrica.com). To contact the copyright holder directly for corrections — or for permission to republish or make other authorized use of this material, click here.