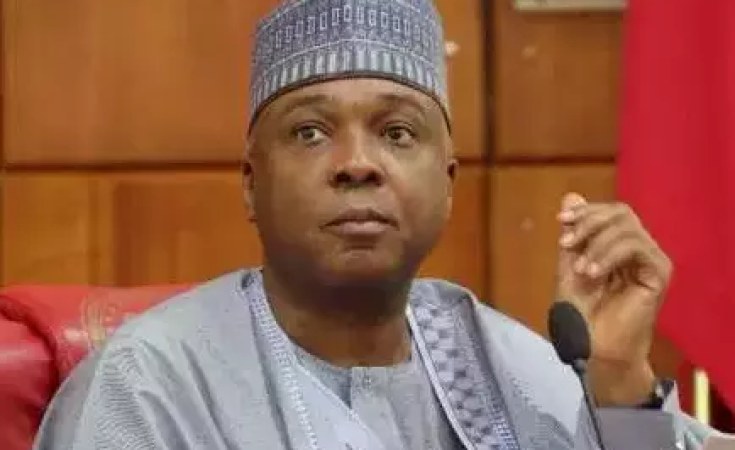 The Senate president, Bukola Saraki, has congratulated the winners who emerged from Saturday's presidential and National Assembly elections.

Mr Saraki lost his bid to return to the Senate the third time. He was defeated by the candidate of the All Progressives Congress.

In a statement Tuesday, Mr Saraki said despite the reported inadequacies of the elections in Kwara State, he was wishing the candidates who emerged victorious the best of luck.

In a statement by his Special Adviser on Media and Publicity, Yusuph Olaniyonu, Mr Saraki explained that while the election was generally peaceful, there were inadequacies like the card readers not being used in over 70 per cent of the polling units while there were multiple voting, over-voting and other discrepancies that were reported by agents of his Peoples Democratic Party (PDP) across the state.

He added that the state chapter of his party will take a position on the right response to these inadequacies.

"However, whatever the final outcome of the election, I wish the candidates that have emerged all the best in their attempts to serve our people. It is my prayers that the good people of Kwara State will always have the best from any government both at state and federal levels.

"As a product of a family and a political structure that is, from its foundation, devoted to the service and development of our state and its people, it is my wish that our people will always have a good deal at all times.

"The new development will even provide the people the opportunity to compare and contrast. After all, the people who have emerged from last Saturday's election are not my enemies. They are fellow Kwarans," he said.

He further said as the governorship and house of assembly elections approaches, the candidates of the PDP in the election represent the best materials for the state.

He therefore urged the people to come out enmasse on election day and vote for them as he pledged to work with party leaders to further sell the PDP candidates to the general public.

"I thank all Nigerians for their goodwill and to enjoin all of us that as we patiently await the outcome of the Presidential election, we pray for peace, unity and genuine development in our country. It is also our prayers that at all times, the wish of the people will always prevail in the choice of the leadership and the electorate will always enjoy the benefit of good governance," he added.

Previous Story
13 Factors That 'Triggered' Saraki's Fall in Kwara
Next Story
Saraki Concedes, Wishes Those Who Emerged Best of Luck

Saraki Concedes, Wishes Those Who Emerged Best of Luck

So Far, a Neck and Neck Race as Nigeria's Poll Results Trickle In
Tagged:
Copyright © 2019 Premium Times. All rights reserved. Distributed by AllAfrica Global Media (allAfrica.com). To contact the copyright holder directly for corrections — or for permission to republish or make other authorized use of this material, click here.