Nigeria: Can OPEC Hold Its Ranks? Implications for Nigeria 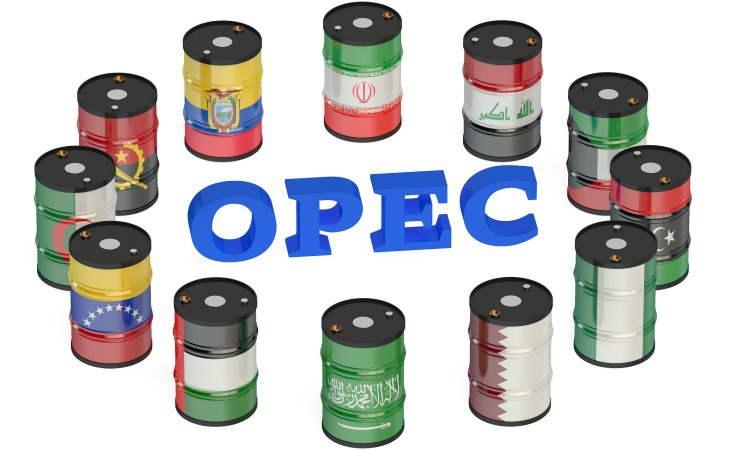 This Day
OPEC
The Guardian (Lagos)
By Femi Adekoya

Eleven members of the Organisation of the Petroleum Exporting Countries (OPEC), and 10 other nations are collectively trying to remove about 1.2 million barrels of daily production to stabilize the oil market. OPEC compliance was 86 per cent last month, while non-OPEC was just 25 per cent, in most cases.

The countries are using October 2018 as the starting point for their curbs. Despite exceeding the output in January, there are concerns that the inability of the cartel to hold the price high and steady will have implications for Nigeria's 2019 projections.

More than any other country, Nigeria needs the oil price to rise and in the worst case, remain steady at any price above the $60 benchmark of the 2019 budget.To achieve this, the country needs to avoid disruptions in crude production and also hope that the alliance under OPEC achieves its objective, even though many are yet to comply with the output cut, including Nigeria.

Contrary to a production benchmark of 2.3 million barrels per day (mbpd) used for the 2019 budget estimates by the Federal Government, Nigeria needs to cut production down by 53,000 barrels to arrive at a new quota of 1.685 million bpd down from the reference production figure of 1.797m bpd recorded in January.

The oil-producer alliance known as OPEC+ in January, completed its first month of supply cuts after adjusting the terms of the pact late last year.President Muhammadu Buhari recently expressed the nation's commitment to cooperate with OPEC to boost crude oil prices through reduction of oil output.

President Buhari said as a responsible member of the Organisation of the Petroleum Exporting Countries (OPEC), Nigeria was willing to go along with the Saudi initiative in limiting output in order to achieve market stability.He said output cuts have always been difficult for Nigeria considering the country's peculiar circumstances of large population, huge expanse of land, and state of under-development, adding, "I wish we can produce more."

This puts Nigeria in a dilemma, according to the Director-General of the LCCI, Muda Yusuf, considering the need for increased output in order to generate needed revenue for th e2019 fiscal year.While there are talks about how surging U.S. crude oil production will offset a large part of the ongoing OPEC/non-OPEC production cuts, there are other oil producers not taking part in the OPEC+ deal and poised to see their output jump this year.

Although any decision will depend not only on production growth outside the deal, but also on supply declines from Iran and Venezuela due to the U.S. sanctions and on projections for global demand growth, Brazil will likely contribute to more supply on the oil market in two months' time, potentially further complicating OPEC and its allies' supply-picture estimates.

For instance, analysts and estimates agree that record-breaking U.S. oil production will lead the non-OPEC supply growth this year. Second in terms of production growth among non-OPEC nations outside the deal will be Brazil, where several new start-ups and production ramp-ups are set to deliver the country's highest annual oil output growth in at least two decades.

With three additional months of track record available, EIA now forecasts U.S. crude oil production to average 12.4 MMbpd in 2019, and 13.2 MMbpd in 2020, with most of the growth coming from the Permian region of Texas and New Mexico. If realised, both of these forecast levels would easily surpass the record-high annual average of 11.0 MMbpd set in 2018, ensuring that the U.S. remains the world's largest crude oil producer.

Indeed, the most recent estimates by the International Energy Agency (IEA), and OPEC show that Brazil's production growth this year will be around 360,000 bpd from 2018, and Brazil will see the second-highest supply growth, second only to the United States.

Rising output in Brazil will add more crude oil supply globally--on top of the U.S. production growth--at a time when OPEC and its Russia-led non-OPEC partners are withholding 1.2 million bpd output, hoping to rebalance the market and drive oil prices up.

Record-high U.S. production and forecasts for continued growth through 2019 and 2020 have been capping oil prices in recent months. The EIA estimates in its latest Short-Term Energy Outlook (STEO) that U.S. crude oil production averaged 12.0 million bpd in January 2019, up by 90,000 bpd from December 2018, and sees U.S. output averaging 12.4 million bpd in 2019, and 13.2 million bpd in 2020, with most of the growth coming from the Permian.

In his view, the LCCI DG, Yusuf, stated that while there are concerns about non-OPEC members increasing supply, the ability of OPEC to remain firm with its agreement will see a steady oil price in the short term.According to him, the oil market is an open market with many suppliers seeking new markets for their products.

"OPEC has become more effective in ensuring members comply with production cuts. Once oil price begins to drop, a lot of investors become nervous and this has implications for the economy through the foreign exchange earnings, exchange rate and other indicators considering that we depend on oil", he added.On Monday, President Trump resumed his attacks on OPEC, saying the world is too fragile to handle a price hike and urging the cartel to "relax and take it easy."

Trump's war of words with OPEC punctuated big price swings in 2018, as he pressured the group to keep the taps open to help consumers. His latest foray was no exception and crude erased gains in New York, sinking 1.6% to $56.33/bbl.The president's intervention follows a price rally of about 25% this year due to production cuts from OPEC and its allies, diminishing fears about the economic impact of the U.S.-China trade war, and Washington's imposition of sanctions on Venezuelan oil shipments. Now pressure from Trump once again puts Saudi Arabia and the rest of OPEC in a bind.

"We might see a less aggressive stance on supply cuts from the Saudis -- this might stop them from cutting deeper," said Giovanni Staunovo, an analyst at UBS Group AG in Zurich. "But I still think Saudi Arabia has the incentive to see higher oil prices, and deliver the cuts agreed in December," when OPEC and its partners agreed to remove 1.2 MMbpd.

The risk to OPEC comes in the form of the so-called No Oil Producing and Exporting Cartels Act, or NOPEC, an act resurrected by U.S. lawmakers that proposes making the organization subject to the Sherman antitrust law, used more than a century ago to break up the oil empire of John Rockefeller.Congressional support for the bill intensified last year as oil prices neared a four-year high, and Trump publicly blamed OPEC for high pump prices in the U.S.

In the past, the White House has opposed the NOPEC legislation -- both George W. Bush, and Barack Obama threatened to use their veto. OPEC's concern now is that Trump may break with his predecessors, and angering him by not going "easy," as he requested in his tweet, raises the stakes.

Whether by coincidence or design, Trump's latest tweet comes on the eve of International Petroleum Week, which opens in London on Tuesday. The annual event gathers the who's who of the oil market and industry for several days of conferences, deal-making, and cocktail parties.The president last tweeted about OPEC on December 5 -- the day before the organisation met in Vienna, Austria, -- calling on it to "keep oil flowing as is" rather than reduce output. However, the group defied his exhortation, announcing a production cut that was deeper than expected.

Saudi Arabia itself has slashed oil shipments to the U.S. to a four-week average of just 515,000 bpd, down almost 30% from a year ago, and approaching the lowest level in a decade. Riyadh is targeting the American market in particular since U.S. weekly data has the power to move prices more strongly than that from other nations.