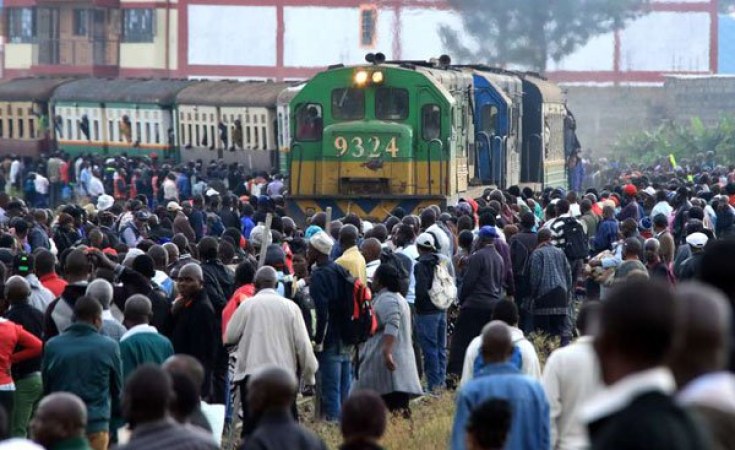 Joan Pereruan/Daily Nation
A commuter train of the Nairobi Commuter Rail Service arrives at the Dandora station during a strike by the Federation of Public Transport operators in Nairobi (file photo).
Nairobi News (Nairobi)
By Nyaboga Kiage and Cecil Odongo

Kenya Railways (KR) has defended its decision to import 11 old Spanish trains which will ooperate as commuter trains in Nairobi.

The corporation said the Spanish trains are much cheaper and that France, a first world country, has bought similar ones. It claimed that the trains have a lifespan of 23 years.

The purpose of the purchase, KR said, is to see the number of people who seek rail transport increase from the current 13,000 a day to 132,000 passengers per day.

The corporation rubbished claims there are vested interests in the deal between the Ministry of Transport and Spain which gave Serveis Ferroviaris de Mallorca a contract to facilitate the purchase of the trains.

KR assured the public that "every effort will be made to ensure that there are no illegalities and that the interests of Kenyans are safeguarded."

KR also said that there will be new stations added across Nairobi. This will include stations at Strathmore University, Kenyatta University, Umoja, Kibera, Thogoto, Mbagathi Way, Kitengela and Dagoreti.

On Sunday, Nation revealed that Kenya was planning to buy the used trains -- some of them as old as 25 years -- in a Sh10 billion plan for a commuter train service and high capacity buses in Nairobi.

Kenya's Big Rail Dream Begins to Fizzle Out as Losses Mount
Tagged:
Copyright © 2019 Nairobi News. All rights reserved. Distributed by AllAfrica Global Media (allAfrica.com). To contact the copyright holder directly for corrections — or for permission to republish or make other authorized use of this material, click here.