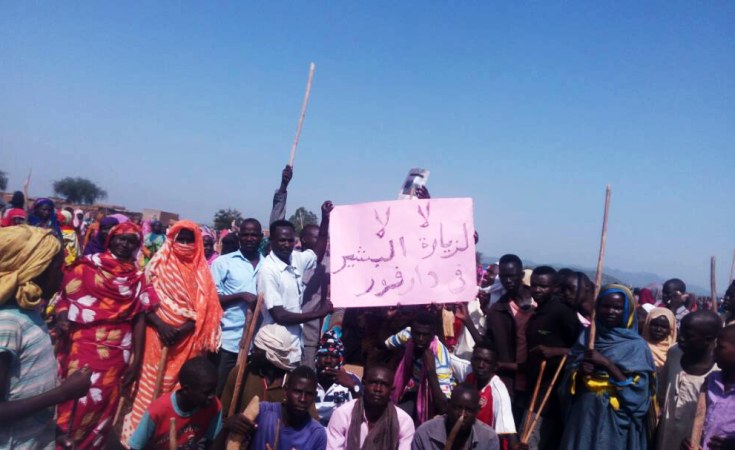 New York — The Darfur peace process has "once again" come to a standstill in the context of the ongoing demonstrations against the economic and political conditions in Sudan, Assistant Secretary-General for Africa and Peacekeeping Operations briefed members of the Security Council yesterday. The impact of the uprising in Sudan on the western region have "yet to be assessed".

Assistant Secretary-General Bintou Keita presented the report to the United Nations Security Council followed by consultations in Washington. The periodic briefing focuses on the performance of the African Union-UN Mission in Darfur (Unamid), the peacekeeping mission's reduction of troops and its exit from the region.

Now, however, the ongoing political unrest gripping Sudan drew much of the attention, the most recent development being the State of Emergency which President Omar Al Bashir declared on Friday. He dissolved the national Council of Ministers, relieved the state governors, and appointed high-ranking military and police officers in their place.

Bintou Keita briefed the Security Council that President Al Bashir replaced regional governments with "18 new governors from the military and security apparatus", adding that "the Sudan armed forces are tasked to deliver law and order, in addition to national defence".

"The impact of the recent developments in Khartoum on the dynamics related to the peace process in Darfur is yet to be assessed," she explained, but the replacement of all civilian governors "will have a bearing on the process and some rebel groups have demonstrated a stiffening of their position."

The rebel Justice and Equality Movement (JEM) and the Sudan Liberation Movement faction headed by Minni Minawi (SLM-MM) boycotted talks on the resumption of peace negotiations with the government of President Al Bashir planned in Qatar in January, to express their solidarity with the mass demonstrations that have continued across Sudan since December 19.

On a recent fact-finding visit to Sudan, the assistant secretary-general met with displaced people who "all expressed their deep concern over the departure of Unamid in the absence of trusted and professional law enforcement agencies".

"Conflict-related sexual violence remains a threat to the population in Darfur, especially displaced women and girls who face particular risk when they engage in livelihood activities outside IDP [internally displaced persons, RD] camps," stressed Keita. "The fear of sexual violence also hampers the return of civilians to their places of origin."

Most recently, three girls and two women were gang-raped 12 kilometres outside of Zamzam camp for displaced people on February 4, while they were collecting straw.

The peacekeeping Unamid, mandated by the UN Security Council by its resolution 2429 (2018) is scheduled to withdraw from South Darfur this June. The mission plans to exit Darfur entirely by June 2020.

On drawing down the peacekeeping mission, Keita said that international efforts should be made "in earnest" to mobilise the needed resources to support Unamid's exit "while focusing on a difficult economic and social and humanitarian context in the larger Sudan".

She mentioned the "considerable political, humanitarian, and peacekeeping investments" made by the UN, spelling out that it was "our collective responsibility to ensure that the exit of Unamid does not create a vacuum that leads to persistent local level tensions or new risk factors".

After handing over team sites and headquarters to the Sudanese authorities in the past months, the mission's new headquarters in Zalingei are now fully operational. The office of the Joint Special Representative Jeremiah Mamabolo has relocated to Khartoum.

Mamabolo pointed out in December that the region has seen improved security but still witnesses fresh waves of displacement. "With a significant emphasis in Jebel Mara where intermittent hostilities between non-state armed groups and regular forces continue to directly affect civilians in the area."