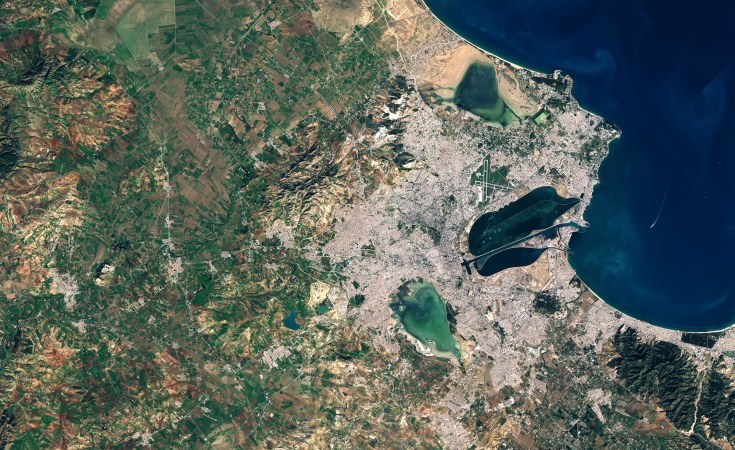 Wetlands support millions of people around Africa. They include all areas that are permanently or frequently covered by water, and could be at the edge of a lake or the mouth of a river.

But despite their importance, they remain among the most threatened ecosystems in the world. Between 1970 and 2015, inland and coastal wetlands both declined by about 35% globally. That's three times the rate of global forest loss. This is a huge loss to important flora and fauna and a critical loss to the many people who relied on them for their livelihoods.

For example, Lake Chad and Lake Victoria have both undergone significant change in recent years because of human activity. Lake Chad has shrunk by 90% partly because its water is being used for irrigation. Lake Victoria has experienced dramatic changes because of the introduction of Nile perch, sewage inflows and more sedimentation and nutrients from increased agriculture in the basin.

Part of the solution to protecting wetlands is through the creation of accurate inventories. Inventories provide essential information - like the type of wetland, exact geographic location and area - needed for effective wetland management. But despite their importance, less than 35% of African nations have a national wetland inventory.

Gathering data from satellite based sensors, called Earth observation data, could offer a solution. These could feed into national inventories by providing valuable information on the status and physical characteristics of the Earth's wetlands.

Wetlands cover about 4.7% (1.15million km²) of Africa's continental area - about the same size as Ethiopia.

Covering 692,631km2, freshwater marshes are the most extensive wetland type within the region. And about 65% of wetland area is located within the four largest river basins on the continent -- the Chad, Congo, Niger and Nile river basins.

But there is considerable uncertainty in these figures. This is because countries either don't have them, or because they classify and create wetland inventories in different ways.

Comprehensive and up-to-date national wetland inventories are vital. A wetland inventory typically involves the collection and presentation of data on wetlands within a certain area. It covers attributes like; location, type, area, uses, ownership, physical characteristics, the organisms that live in it and the challenges it faces.

This information is essential for policy-making and management. It can also be used to establish baselines against which the effectiveness of policies can be assessed.

Developing a comprehensive inventory has its challenges, but increasingly available Earth observation data can help. By collecting data from satellites, we can describe many types of wetland over huge areas. The data are also more efficient and reliable as consistent methodologies can be applied nationally for a particular wetland type. They are also more affordable as many wetland areas are difficult to access on the ground.

Aside from flagging challenges to wetlands, this sophisticated data can be used to identify where things can be improved.

For example, the first global study to map mangroves consistently across time using Earth Observation data showed that 20% of the world's mangroves are found along African coastlines. Further assessment showed that over the past 20 years, about 6% in East and Southern Africa have become degraded, and about 2% in West and Central Africa. However, the majority of these - over 90% - have the potential to be restored.

Based on the global mangrove maps and associated tool, decision-makers are given the information they needed to determine where restoration can be attempted by identifying locations where mangroves once thrived, and where conditions are still suitable for restoration.

With this information policymakers can support communities so that they can then use local knowledge to manage the wetlands themselves.