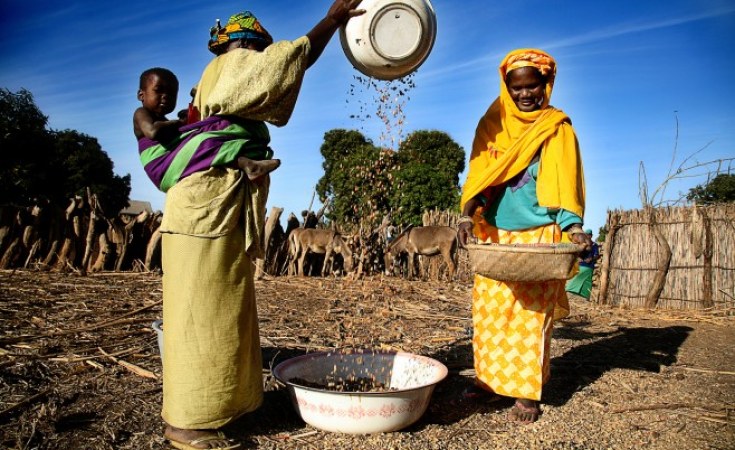 Women on average have only three-quarters of the legal protections given to men during their working life, ranging from bans on entering some jobs to a lack of equal pay or freedom from sexual harassment, the World Bank said on Wednesday.

Researchers examined whether adult men and women had equal rights under the law in 187 countries to produce an equality index and measure progress over the last decade.

They probed laws linked to women's work and economic freedom, including the right to work in all the same jobs as men and get paid equally, penalties for sexual harassment at work, parental work protections and inheritance rights.

"If women have equal opportunities to reach their full potential, the world would not only be fairer, it would be more prosperous as well," World Bank Group's interim president Kristalina Georgieva said in a statement.

Discriminatory laws mean women are held back from gaining economic independence and also contribute to a loss of $160 trillion in lost earnings worldwide each year, the World Bank said in a 2018 report.

The new study also looked at issues such as women's freedom of movement and protection from domestic abuse on the basis that these also impact on women's economic independence.

It found steady progress over the last decade: a total of 131 countries had enacted reforms to women's rights.

Six countries - Belgium, Denmark, France, Latvia, Luxembourg, and Sweden - now hold perfect scores of 100 in the index compared to none 10 years ago.

However, 56 countries made no improvements to equality laws at all in the areas studied over the last 10 years.

Europe and Central Asia had the highest regional equality score, with women getting about 85 percent of the rights granted to men on average, while in the Middle East and North Africa women had fewer than half the rights of men.

"We definitely are making progress but we can't rest on our laurels - we have got to keep governments moving in the right direction," Jacqui Hunt, Europe director of global women's rights group Equality Now told the Thomson Reuters Foundation.

She added a perfect score was no guarantee that rights would always be respected and urged governments to proactively work to fight gender discrimination.