Sudan: No Easy End to Stand-Off Between Al-Bashir and Sudan's Protesters 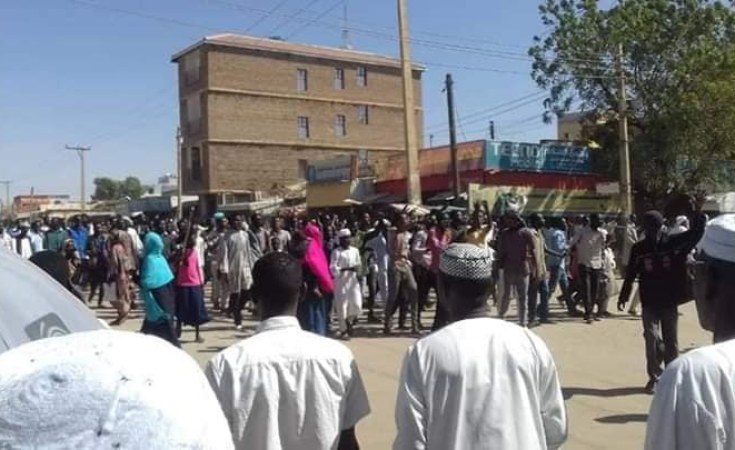 Sudan's President Omar al-Bashir continues to hold the country hostage. While his intelligence chief Salah Abdallah Gosh announced recently that al-Bashir would be stepping down as head of the National Congress Party, the president himself has made no such commitment.

The crisis in the country continues to deepen. Al-Bashir has declared a state of emergency , dismissed the federal government and sacked all state governors. He also subsequently appointed military and security officials to run Sudan's 18 states, appointed a new state defence minister and reshuffled the army command.

The US, Britain and France have expressed deep concerns, particularly over the nationwide state of emergency. Activists claim that at least 37 people have died since December 2018 when the first protests took place in the Nile-side town of Atbara. Demonstrations have been staged in cities across Sudan, including the capital Khartoum. Though the protests were initially about the high cost of living, including the prohibitive price of bread, demonstrators are now calling for al-Bashir to resign.

All things considered, there are dangers down this road. The Sudanese state is weak after decades of war and sanctions. Removing al-Bashir would do little to change the structure of the state. The country is almost insolvent and it has become harder for him to keep everyone in line. Whoever takes control will need to take control over the security apparatus throughout the country or risk anarchy.

Continued protests could also affect South Sudan. Sudan previously depended on South Sudan's oil production to boost its own economy and to keep the warring factions in South Sudan in line. Many fear that the South Sudan peace deal will fall apart if al-Bashir is removed. This would leave the world's youngest nation in a disastrous situation.

But at this stage, if al-Bashir goes the biggest fear is that Sudan could end up like Libya, with militia running the country and a state that comes crashing down into fragments.

The protests have led to the further unravelling of a country that's already fragile economically, politically and socially. Despite waves of government attempts to crack down on protesters, the uprising seems to have gained more strength. Protesters seemed to be spurred on the more the government uses violence to suppress them.

Very few African states have experienced as many post-independence uprisings as Sudan did between 1964 and 1985. These forced the ruling military regimes to step aside. But they failed to herald in new civilian leaders - what followed was simply a re-run of military rulers.

The current uprising has been different. It represents the most sustained challenge to 75-year old al-Bashir's 30 years in power. Protesters - mostly young Sudanese - have been bold in their attempt to remove the regime. This has included burning the headquarters of the ruling National Congress Party headquarters, breaking into food stores to distribute grain to people, as well as challenging and heckling influential cleric Abdul Hai Yusuf who has been known to be pro-government.

Nevertheless, civilian rule still looks unlikely. This is because the power base is still contained within the army and elites.

The role of the EU and US

Under the Obama administration, US officials claimed that cooperation on counter-terrorism efforts with Sudan had improved. Since then the US and EU have been working hard to rebuild their ties with Sudan by partially lifting sanctions.

In addition, the EU has been working with Sudanese authorities to stem the flow of migrants, while the US has been actively fight terrorist cells in and around the region.

But getting close to al-Bashir in a bid to solve the migrant crisis and to fight terrorism is simply compromising the legitimacy of the EU and the US when it comes to international human rights abuses. Many of the security forces that the US and EU have trained to fight terrorism and curb migration are the same forces being used to clamp down on protesters.

There are two probable outcomes for Sudan. First, Bashir could voluntarily resign, hand over power and choose to leave the country. This isn't a likely option unless he can agree on a safe passage to another country, for example Egypt. This is because he could possibly face being charged by the International Criminal Court.

It's therefore more likely that he will stay in the country and continue to challenge the uprising by using the state of emergency and suppressing the protesters violently. This will result in more bloodshed and is likely to trigger more violent responses from the protesters. In turn, this could fuel the creation of armed groups, potentially turning the protests into armed conflict.

Under this scenario the already fragile state could be destabilised, leading to massive displacement and immense human suffering.

Previous Story
U.S. Corporate Investment Should Not Be Promoted in Sudan While the Country Is in Turmoil
Next Story
Former NCP Head - 'State of Emergency Has Complicated Crisis in Sudan'

U.S. Corporate Investment Should Not Be Promoted in Sudan While the Country Is in Turmoil

Crackdown on Sudan Protest Stirs Concern
Tagged:
Copyright © 2019 The Conversation Africa. All rights reserved. Distributed by AllAfrica Global Media (allAfrica.com). To contact the copyright holder directly for corrections — or for permission to republish or make other authorized use of this material, click here.