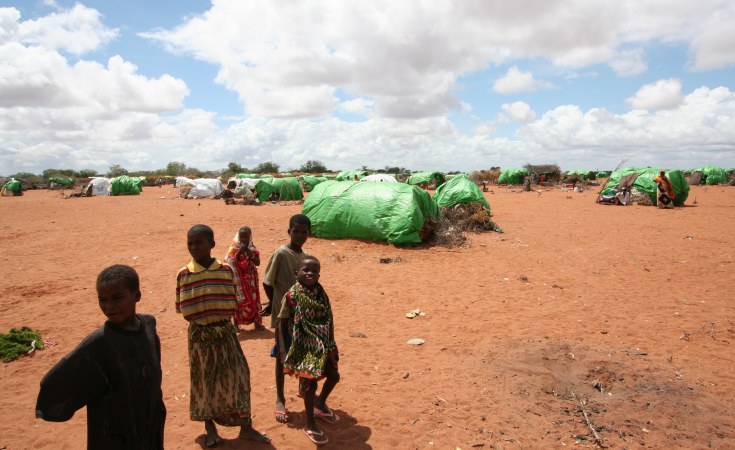 Nairobi — Conflict and insecurity forced 320,000 people in Somalia to flee their homes last year - a surge of almost 60 percent on the previous year, a leading aid agency said on Thursday, warning of a humanitarian catastrophe if the trend continued.

Somalia has been mired in conflict since 1991 and its Western-backed government is struggling to assert control over poor, rural areas under the Islamist militant group al Shabaab.

The violence - together with drought and floods over the years - has driven over 2.3 million people to seek shelter elsewhere in the country, often in crowded displacement camps.

"The conflict is getting worse for civilians, making thousands more homeless. If this worrying trend continues, it could lead to catastrophe," said Evelyn Aero, regional advisor for the Norwegian Refugee Council (NRC).

"They're vulnerable to malaria, evictions, insecurity and gender-based violence. Young children are especially vulnerable to malnutrition and disease. They urgently need more aid to survive," added Aero in a statement.

U.N. data shows an increasing number of people displaced by conflict in Somalia over the last three years, largely due to violence in the southern region of Lower Shabelle.

The United Nations says it needs over $1 billion to support the humanitarian needs of people in Somalia in 2019 - but it has only managed to raise 6 percent of the amount required.

Lack of funding has also been a challenge for UNHCR, she added, with the organisation only receiving about one-third of what it needs to provide shelter and protect to those fleeing conflict as well as drought.

Deadly U.S. Airstrike Kills Over Fifty Somali Militants
Tagged:
Copyright © 2019 Thomson Reuters Foundation. All rights reserved. Distributed by AllAfrica Global Media (allAfrica.com). To contact the copyright holder directly for corrections — or for permission to republish or make other authorized use of this material, click here.