Nigeria is the destination for new projects in the oil and gas industry in Africa valued at over $48 billion, the Group Managing Director of the Nigerian National Petroleum Corporation (NNPC), Maikanti Baru, has said.

This is about 25 per cent of a total $194 billion capital expenditure (CAPEX) budget for various upcoming projects in Africa between 2018 and 2025.

Mr. Baru, who disclosed this at the 2019 International Petroleum Week conference which began in London, Wednesday, said this excludes over 20 planned projects in the pipeline in various locations across the continent.

The NNPC GMD was contributing to a panel discusion on the topic "The New Frontier for Africa's Oil & Gas."

He described the continent's energy outlook as positive, despite the difficult operating and economic headwinds.

However, he called on investors to utilize the huge investment opportunities available in these upcoming capital projects within Nigeria's oil and gas Industry.

These opportunities, he said, include endowments of over 41billion barrels of oil reserves, and about 319trillion cubic feet of gas yet to be discovered in sub-Saharan Africa alone.

Between 2008 and 2017, Mr Baru said exploratory success in the sub-region for these resources was at least 45 per cent, despite several challenges.

"With over 14 oil producing countries, Africa currently accounts for about 126.5 billion barrels of crude oil, or 7.5 percent, and about 488 TCF of gas, or 7.1 percent of global proven oil and gas reserves respectively," he said.

On production, the NNPC boss said the continent accounts for about 8.1million barrels per day (about 8.7 percent) of global oil production, and 21.8billion standard cubic feet per day (scfd), or 6.1 percent of global gas production.

Also, the continent consumes about 4million barrels of oil per day and 13.7billion scfd of gas (equivalent to 4.1 percent, and 3.9 percent of global oil and consumption respectively).

On investment opportunities in Nigeria, Mr. Baru said the NNPC's Frontier Exploration Service was currently drilling the Kolmani River-2 Well where desktop estimates revealed it is expected to encounter about 400 billion cubic feet of gas.

He said several new frontiers for exploration opportunities abound in Nigeria, even as offshore discoveries in the country have mostly been limited to between 1,000 and 1,500m of water depth.

"Beyond these water depths, the new frontiers of ultra-deep waters need to be tested. And that is where we need the investors with the right expertise and technology," Mr Baru told the audience.

Apart from issues related to legal and regulatory uncertainties, he said other issues that may not allow for the achievement of the full potentials of the continent's oil and gas Industry to include lack of infrastructure, skilled manpower shortage, transparency and accountability

Organised annually by the London-based Energy Institute, the IP Week is a global oil and gas platform where executives and other energy professionals discuss the big issues affecting the sector. 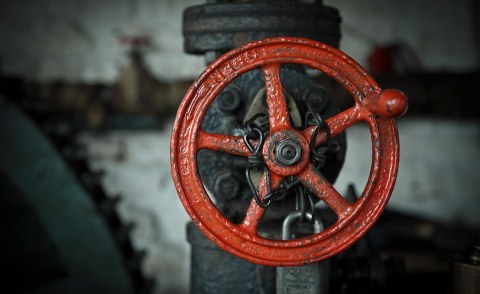 Is Nigeria Losing Competitive Edge as African Oil Producer?
Tagged:
Copyright © 2019 Premium Times. All rights reserved. Distributed by AllAfrica Global Media (allAfrica.com). To contact the copyright holder directly for corrections — or for permission to republish or make other authorized use of this material, click here.