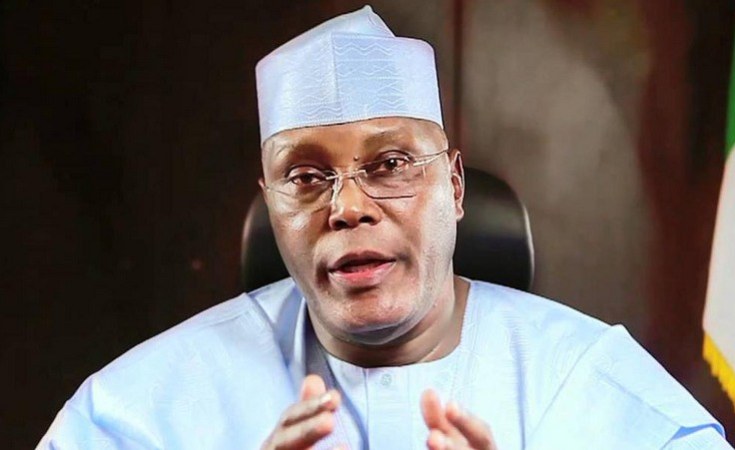 The Presidential candidate of the Peoples Democratic Party (PDP) in last week's election, Alh. Atiku Abubakar has presented a six-point demand to the Federal Government .

Top on the demand was unfreezing of opposition politicians' bank accounts.

Another major demand presented to the former Head of State and Chairman of the National Peace Committee, (NPC) Geneneral Abdulsalam Abubakar (rtd) was demilitarisarion of subsequent polls.

Gen. Abubakar led members of the committee to a meeting with Atiku and his running mate, Mr. Peter Obi in Abuja yesterday night.

The NPC is expected to meet President Muhammadu Buhari government with the demands .

Other demands by Atiku were:

*That accreditation of voters should take place before voting in subsequent elections.

*That there should be no deployment of the military in subsequent elections.

* That INEC should open its back end server to all participating parties.

*That there should be a release of all politicians detained illegally by FG.

A source at the meeting disclosed that Atiku "warned that tensions are building up in the land."

Atiku and his team informed the group that the election of Feb 23 was the worst in 20 years since the country returned to democratic rule. and that it was marked by brazen rigging with no consideration to the will of the people.

They listed the following as issues they had with the Presidential polls:

*Deployment of the military was unconstitutional and in breach of Supreme Court judgement.

*That resultantly, a lot of malpractices between the INEC officers, the ruling party and the military took place to undermine the votes/voters of the PDP.

*That there was collaboration between INEC and FG to undermine the sanctity of the votes of the people.

*That this is the worst election in 20 years. No improvement from 2015.

It was learnt that Gen. Abdusalam and his team pleaded with the PDP flag bearer to avoid anything that could jeopardise the nation's peaceful co-existence.

Atiku Abubakar Denies Hiring U.S. Lobby Group to Unseat Buhari
Tagged:
Copyright © 2019 Vanguard. All rights reserved. Distributed by AllAfrica Global Media (allAfrica.com). To contact the copyright holder directly for corrections — or for permission to republish or make other authorized use of this material, click here.