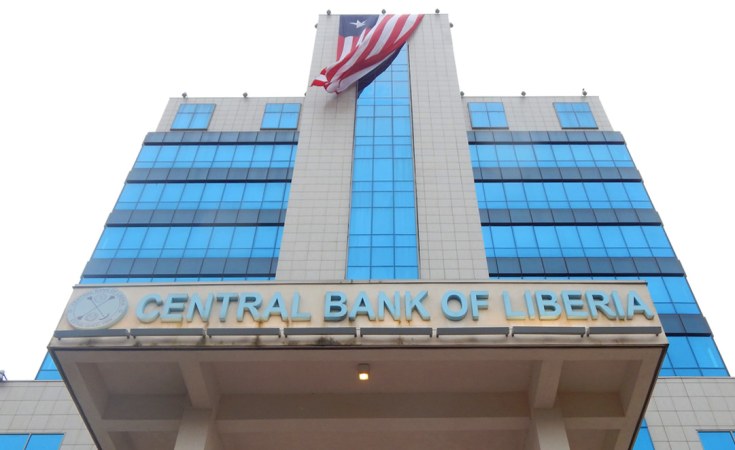 The United States Government through its Embassy near Monrovia has released an 'Independent Review Report' prepared by Kroll Associates Incorporated (Kroll), an auditing firm hired to investigate regarding allegations of the disappearance of new Liberian Dollar banknotes.

According to the Kroll report, there was no money missing, as had been reported. It however identifies systemic and procedural weaknesses at the CBL and shortcomings in Liberia's fiscal and monetary management processes that are longstanding and continue to the present day.

"To protect the integrity of CBL operations, we will not release this security-related information," the report said, being careful not to get into the details of those deficiencies identified.

This report also does not include information that contains legally restricted and/or commercially sensitive information; would identify individuals who are neither elected nor appointed; or could impinge (impose) on the security of Liberia's banking system, including descriptions of bank security systems.

Kroll also provided the GoL with a technical security assessment of the CBL and security-related recommendations. "To protect the integrity of CBL operations, we will not release this security-related information."

The report said due to gaps in the documentation provided by authorities at the Central Bank of Liberia (CBL), Kroll also requested and obtained information from Crane AB regarding two banknotes printing contracts that the CBL entered into with the company.

"This scoping report sets out the basic facts in relation to the movement of Liberian Dollar banknotes based on documentation currently provided, and highlights gaps in the documentation that warrant further understanding," the embassy said in its report.

According to the report, in October 2018, the U.S. Embassy in response to a request to the international community from the Government of Liberia (GoL), and Liberian civil society groups, began the process through the United States Agency for International Development (USAID) to commission an Independent Report by a firm with expertise in forensic investigations.

The embassy report added, "the firm chosen was Kroll Associates Incorporated, (Kroll) a division of Duff and Phelps, LLC with the mandate to research matters stemming from allegations in the press that a container of new Liberian Dollar (LRD) banknotes had "gone missing" upon arrival in Liberia."

"The embassy sponsored this report on the condition that we, as the client of Kroll, release the report to the public."

Accordingly, "Kroll found no information to support allegations that a container of banknotes went missing. However Kroll does raise concerns regarding the overall accuracy and completeness of the CBL's internal records."

"We urge that the report be read in its entirety, and encourage pragmatic responses from the GoL and its people. Beyond the release, neither Kroll nor the U.S. Embassy will offer expanded views on the content of the report. No information in the report should be interpreted on its own as an indication of improper conduct by any specific individual or individuals without further investigation by appropriate Liberian officials," the embassy said in its message introducing the report.

"The United States said it will remain committed to Liberia's development and democracy, and trusts that this Independent Review will support improved governance principles, fiscal reforms, and monetary system practices in Liberia.

"The report underscores the importance of drawing on international best practices in the conduct of economic affairs, including thoroughly documenting transactions to ensure credibility and transparency. We appreciate the resilience of the Liberian people as their government works in good faith to address vulnerabilities identified, and to strengthen the integrity of Liberia's currency, banking system and economy."

The Kroll report provided a list of key findings, below:

The CBL ordered new currency totaling LRD 15.0 billion from Crane Currency in two tranches in 2016 and 2017. Communications between the CBL and the Legislature indicate that there was no clear or consistent strategy driving the process to circulate new banknotes from inception to conclusion. As a result, this raised the risk of unintended negative economic effects, including high inflation and the rapid depreciation of the LRD.

Crane AB was awarded the second contract in June 2017 by the CBL to print new banknotes totaling LRD 10.0 billion, four weeks before two officials from the Legislature requested that the CBL replace all legacy banknotes.  The CBL procured the services of Crane AB for both contracts without adhering to its own internal tendering policies for procurement.

Of the new banknotes printed and shipped by Crane AB totaling LRD 15.506 billion, the CBL had injected new banknotes totaling LRD 10.146 billion into the Liberian economy without removing from circulation (and destroying) the equivalent quantity/value of legacy banknotes.

Under the direction of the Minister of Finance, the President's Economic Management Team conducted a separate USD 25.0 million exercise to "mop-up" excess LRD banknotes with USD banknotes. At the time of Kroll's review, this resulted in LRD 2.3 billion (USD 15.0 million)3 being purchased by the CBL from local businesses and foreign exchange bureaus, in an attempt to address the depreciation of the Liberian Dollar. This action was undertaken by the CBL without a clearly documented strategy.

Kroll's independent counts of the physical cash balances in each of the CBL's three operational vaults could not be reconciled with the CBL's corresponding financial accounting records.