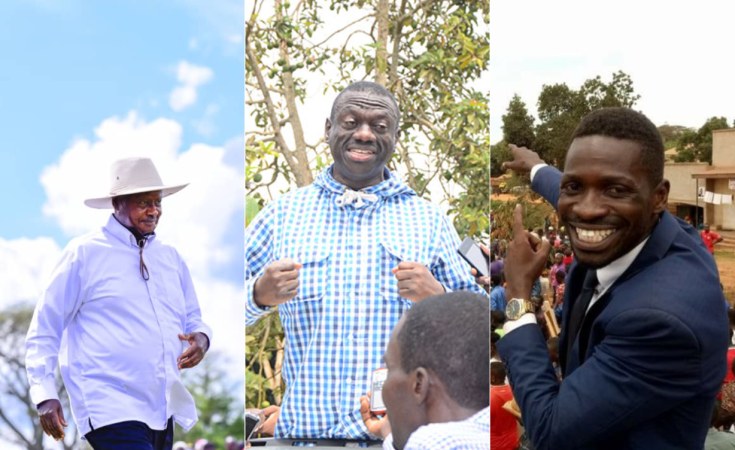 Uganda's political train is running full speed ahead of the election in 2021. Perennial rivals incumbent President Yoweri Museveni and Kizza Besigye, seeking to keep their traditional advantage over opponents, set in motion their campaigns at two separate events within days of each other.

President Museveni, 74, who will be seeking his sixth elective term, is set to take his tally to an enviable 40 years in power at the end of 2026. He secured a much anticipated "request" from the 17 members of the ruling NRM's central executive committee (CEC), the party's top policy organ, to "offer himself to stand as a sole candidate" in 2021.

President Museveni had gathered the CEC at the luxury Chobe Safari Lodge by the River Nile when the request for him to stand again was made.

According to Mike Mukula, one of the party's five regional vice chairpersons, the NRM is "taking the direction that until and when Museveni feels, 'Yes, we have arrived' and decides to retire, he will continue to be our captain."

Dr Besigye on the other hand announced what he called a "People's Cabinet" with himself at the top as president and the current leader of his Forum for Democratic Change party Patrick Amuriat Oboi on a special council he called The Presidential Council of State. He will have 37 Cabinet and state ministers.

Bobi Wine has not been subtle about the destination of his dramatic rise from music stardom to the political stage in just two years.

He told CNN on February 2 that he "is seriously considering" running for president in 2021. While he said in the interview he was not working alone, he is yet to release a structure or team to drive his vision.

Mugisha Muntu left the FDC acrimoniously and announced The New Formation as a platform for like-minded and mainly disgruntled members of the FDC. They said they were breaking out of what they claimed was a toxic environment ruled by suspicion and mistrust, especially in the period in which he was party president.

President Museveni is leveraging the power of incumbency to push his bid. Sources close to the party said the push to secure the sole candidacy for him has long been in the works and that the CEC recommendation was only a means to introduce it formally to the Ugandan public.

The sources argue that now that it is no longer a secret, the roll-out will start next week when party secretary general Justine Kasule Lumumba addresses a press conference to announce the resolutions of the CEC.

A battle and politically hardened player, sources said President Museveni has already been working to smoothen the rough edges both within his party and critical constituencies that have traditionally posed a threat to his cultural institutions and church political bases.

But still a fight is expected from some NRM parliamentarians in both the caucus and NEC. Warning shots were fired on January 28 in a strongly worded letter to the party secretary general from MP Sam Lyomoki.

Mr Lyomoki said in his letter that "progressive members of the party are not ready to stand by and watch as a Museveni sole candidature was smuggled into the party process and imposed on members."

The letter, a copy of which The EastAfrican has seen, though stamped "Received" by the secretariat did not emerge until after the CEC retreat at Chobe was about to conclude.

Asked about Mr Lyomoki's sentiments and other party members who could try to block President Museveni, Mr Mukula said; "We didn't even know that he had written," adding that they would "look at it; nothing will be left unattended, we will respond to every concern."

Mr Mukula added that the people plotting for a President Museveni extension of tenure at State House "don't see a major threat in that direction. We would like to bring on board as many people as we can but if the internal opposition does happen, we will reorganise accordingly."

Patrick Wakida, CEO at Research World International, said that there is no data to gauge the support base of the contenders that have so far emerged, including President Museveni and Dr Besigye. The two have been winner and runner-up in all their four previous contests, although Dr Besigye maintains he has always been rigged out.

"The decision of CEC is understandable. The establishment realises that they needed to show that this fellow is still around," Mr Wakida said. "They wanted to make it clear that the old man still wants to be there."

Mr Wakida said the announcement of the People's Cabinet by Dr Besigye could present both a frustration about electoral processes and a continuation of the defiance campaign, but also provide an avenue for mobilisation while skirting the usual police harassment.

On Bobi Wine and Mr Muntu, Mr Wakida says both are yet to be tested as Bobi Wine still has an uphill task to transform himself into a presidential candidate, while Mr Muntu risks being forgotten. 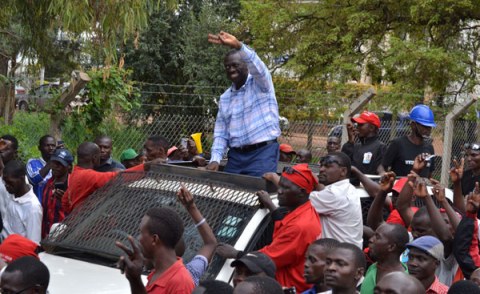 Opposition Leader Besigye 'Not Quitting' Ugandan Struggle
Tagged:
Copyright © 2019 The East African. All rights reserved. Distributed by AllAfrica Global Media (allAfrica.com). To contact the copyright holder directly for corrections — or for permission to republish or make other authorized use of this material, click here.

How Can Nigeria Fix the Legacy of Colonial Violence? #EndSARS
Trade