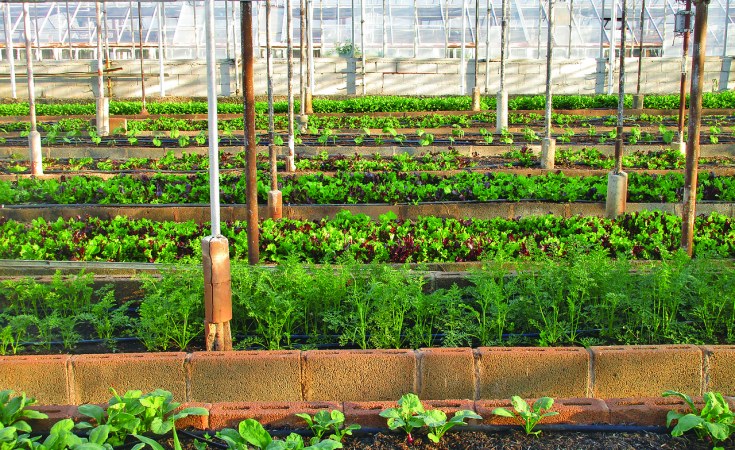 The world's population is expected to increase by about 3 billion by 2050 and it is forecasted that nearly 80 per cent of that population will live in urban centres. The urban growth rate in Africa is 3.5 per cent which is highest among all continents.

Most countries have developed agriculture as a solution to urban food insecurity. Through urban agriculture it is possible to help poor people cope with food scarcity and hunger through the growing of plants, raising of livestock within and around cities, community gardening, rooftop gardening, urban forest gardening, green walls, vertical farms, animal husbandry, urban beekeeping etc. It will also offer urban poor a viable income.

The importance of urban agriculture is increasingly being recognized by international organizations like UN-Habitat and FAO (World Food and Agriculture Organisation).

According to the United Nations human settlements programme, UN-Habitat, Africa is the fastest urbanizing continent in the world. By 2050, 60 per cent of all Africans will be living in cities. Urbanization in Africa is accompanied by the growth of urban poverty and urban food insecurity.

In Lusaka, Zambia, over half of the residents of urban areas practice urban agriculture to grow their own food.

In Yaounde, Cameroon, many urban households raise livestock including poultry, dairy cattle, and pigs. According to research (Maxwell, Levin and Csete 1998), in Kampala children aged five years or less in low-income farming households were found to be significantly better-off nutritionally than counterparts in non-farming households.

According to Bowyer-Bower and Drakakis-Smith in Harare, sixty percent of food consumed by low-income groups was self-produced.

In Nairobi, Kenya various groups and agencies have helped popularise the "vertical farm in a bag" concept in which city dwellers create their own gardens using tall sacks filled with soil from which plant life grows.

FAO is supporting initiatives of urban farming in Africa. According to the projection of FAO at there will be 35 million urban farmers in Africa by 2020. In the Democratic Republic of Congo (DRC), for example, FAO's Urban Horticulture Programme is building on the skills of rural farmers who have come to the cities.

In Rwanda, urban agriculture was officially incorporated into the Kigali conceptual master plan (KCMP) in 2009. The Kigali city government accepted the recommendation of the FAO to focus on urban agriculture, which it deemed to have the potential to aid in the city's transformation to commercial export of food, generate income, and bolster the urban food supply.

As a drive to food security urban agriculture is becoming a practice all over the world. It is widely practiced in Australia (Queensland), Cairo (Egypt), Havana (Cuba), Harare (Zimbabwe), Bangkok (Thailand), cities of China, America etc. Apart from food security green growth strategy is also pushing countries to adopt and promote urban agriculture.

With more poor people living in African cities, support and strengthening of urban agriculture programmes will be critical to food security and nutrition.

Urban agriculture can provide people with a primary or supplemental income. Income from urban agriculture is significant in many African cities. In African cities including Bamako, Mali, and Dar es Salaam, the economic return to urban farmers has been estimated to be comparable to the income of unskilled construction workers.

For strengthening urban agriculture there is also need for implementing some fundamental changes including defining the land use plan in urban areas granting some property rights to community for urban wasteland to be used for agricultural purposes. Also urban dwellers with space for garden could be guided on how to use it effectively for growing vegetables and fruits.

To make urban agriculture sustainable research is needed to be supported for innovative techniques of farming in small pieces of land.

Conclusively Policy, infrastructure, finance, training, awareness are some of key areas that could prove helpful in strengthening urban agriculture in urban areas.

The writer is a Kigali based economist and consultant.

How Do We Change the World's Bad Food Habits
Tagged:
Copyright © 2019 The New Times. All rights reserved. Distributed by AllAfrica Global Media (allAfrica.com). To contact the copyright holder directly for corrections — or for permission to republish or make other authorized use of this material, click here.