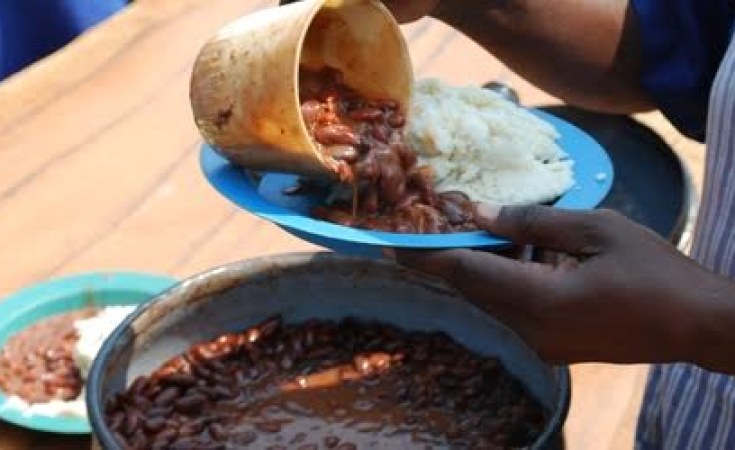 In a period still shaken by austerity economic policies and a highly contestable political space coupled with social anxiety, the el Niño induced drought is beginning to manifest its fangs in Chipinge District. The district has land for the production of maize and other drought-tolerant small grains such as millet and sorghum, which are all important food sources, as well as economic opportunities for the locals. However, maize and other small grain harvest is likely to be lower than the basic household requirement enough to feed more than 100 000 households in the district. Thus, the district is facing imminent food shortages that will culminate in hunger, rising levels of poverty and infant mortality rate.

It is evident in Chipinge district that the burden of food crisis falls unequally upon classes with the poorer populations and to some extent political outcasts bearing the greater burden.

"The food crisis has brought into play issues of openness and accountability being violated. As an elected Ward 22 Councillor, I have witnessed a subversion of local structures by people linked to Zanu PF. There is serious politicization of the whole food distribution process and as the elected official I am being sidelined just because I ran on an MDC A ticket." Councilor Evelyn Mhuru of Ward 22 said.

This is exacerbated by the low level of state capacity to mitigate against food crisis, hunger and starvation in the district. The low level of state capacity is attributed to an empirical index of variables of the government's ability to deliver on its central functions due to the scourge of corruption in our governance structures and the partisan management of food mitigation measures. The government's strategies to counter the effects of the drought on local communities are limited by endogenous state capacity to combat food insecurity. The magnitude of the looming hunger and starvation is likely to progressively deplete state capacity as we have a non-functional economy coupled with an eroded governance structures.

The early warning system for drought in Zimbabwe at the national level is not very effective if not non - existent. This is due to the fact that if there were effective monitoring and drought forecasting, then adaptive capacity can be enhanced hence the management program becomes proactive rather than reactive.

Food crisis destabilizes social cohesion as it generates a number of demand and supply side shocks to homesteads including the loss of income. In Chipinge district biofuel development activities have acquired communal land, despite the fact that such land is integrated into rural communities' livelihood practices, which depend on agriculture. The Greenfuel project resulted in the dispossession of local people from their farming land and other land-based livelihood activities, and is surely going to increase the burden from hunger and starvation. Differences in poverty rates are attributed to variations in household access to public services and limited infrastructure like road network in the district. This scenario is likely to leave a large percentage of the population in the district in dire need of food aid. The cumulative occurrence of these droughts in Chipinge district since 2002 has culminated in the stagnation of rural livelihoods and entrenched rural poverty.

Clemence Dube of Manzvire village said that, "the crops are in a sorry state and the people have lost any hope of salvaging anything from their fields. Villagers are now looking up to the government for assistance, otherwise the situation will degenerate into serious famine in the district."

PYD is of the strong view that local institutions are a critical success factor for adaptation and mitigation of drought and food insecurity in rural communities. However, in Chipinge district, PYD notes with grave concern the ill - preparedness of local institutions in addressing the adverse effects of the looming hunger and starvation. These challenges require well-resourced institutions that can as well operate as channels for a drought early warning system at local level.

Why Girls' Education is Key in War Against Climate Change
Tagged:
Copyright © 2019 Kubatana.net. All rights reserved. Distributed by AllAfrica Global Media (allAfrica.com). To contact the copyright holder directly for corrections — or for permission to republish or make other authorized use of this material, click here.