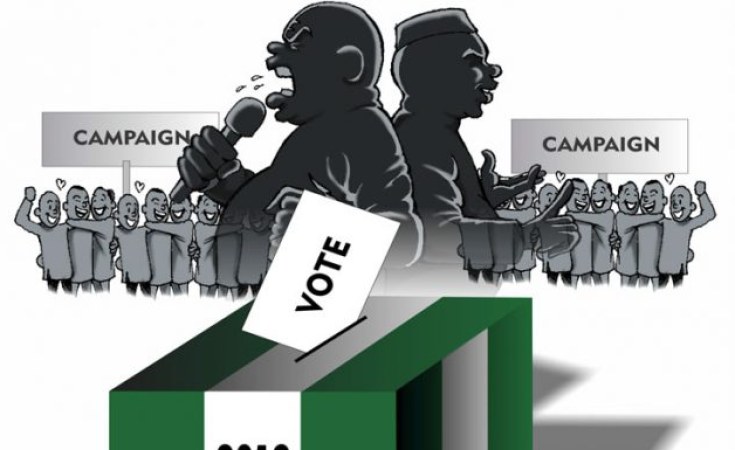 This Day
(file photo)
The Guardian (Lagos)
By Kanayo Umeh

The meeting was convened to brief strategic police commands and undertake a comprehensive evaluation of the Force's performance during the February 23, 2019 Presidential and National Assembly elections.

Adamu also disclosed that the meeting was organised to perfect plans and allocate operational tasks towards the governorship and State Assembly elections scheduled for March 9, 2019. He said: "The third objective is to appreciate personnel of the Force across all ranks for their sacrifice, discipline and professionalism, which was demonstrated in the last elections.

"There is no doubt that the high sense of commitment to national duty, neutrality and courage accounted for the conduct of the exercise, as well as credibility of the process as attested to by local and international observers."He also explained that updated statistics resulting from the elections showed that 323 offenders have so far been arrested for various electoral offences and sundry crimes across the country, adding that two officers paid the supreme sacrifice, while some others were assaulted and injured.

Adamu noted that the Force's Special Electoral Offences Team has been directed to undertake detailed and conclusive investigations of the cases with a view to liaising with the Independent National Electoral Commission (INEC) in ensuring the prosecution of those arrested for various electoral violations.

"As we perfect plans for the governorship and State Assembly elections, I also want to reassure the nation and international community of Police commitment to work closely with INEC and other security agencies towards guaranteeing a peaceful and secure space for Nigerians to exercise their electoral franchise.

"l must, however, re-emphasise that just as in the recently concluded elections, the Nigeria Police shall remain civil, firm, professional and apolitical in the discharge of our duties in the March 9, 2019 elections.

"We shall, nonetheless, deploy all lawful assets and assert our statutory powers to deal decisively, firmly and promptly with any person or groups that may attempt to disrupt the electoral process."Therefore, all political actors who might be preparing to threaten the peaceful conduct of the exercise are hereby warned to play the game of politics by the rules, as stipulated in the Electoral Act," he added.

2019 Elections - the Preparations, People and Prospects

Surprises, Shocks as Nigerian Governors-Elect Announced
Tagged:
Copyright © 2019 The Guardian. All rights reserved. Distributed by AllAfrica Global Media (allAfrica.com). To contact the copyright holder directly for corrections — or for permission to republish or make other authorized use of this material, click here.