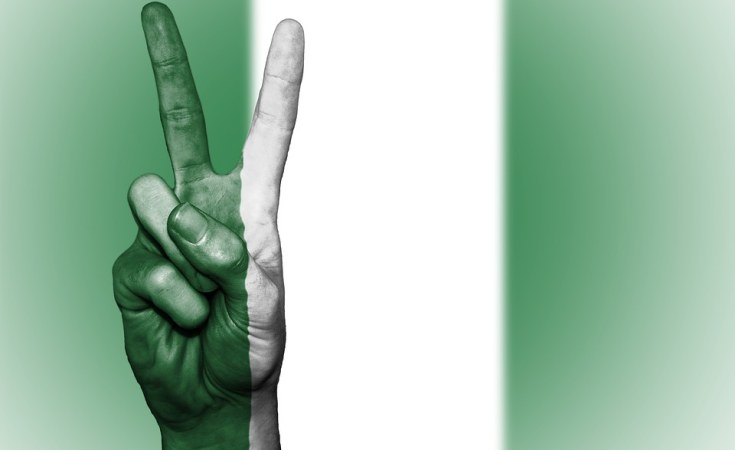 President Muhammadu Buhari has been elected for a second term. Nigerians have also elected new members of the National Assembly, and on 9 March, elections will be held for governors and State Assembly members in 29 of the country's 36 states.

The presidential contest, which featured more than 70 candidates, was largely a straight fight between Buhari of the All Progressives Congress (APC) and former vice president Atiku Abubakar of the main opposition People's Democratic Party (PDP).

The National Peace Committee led a campaign before the polls to stave off a repeat of the deadly pre- and post-election violence of 2011 and 2015. Inflammatory political rhetoric, opposition parties' allegations of intimidation and partisanship by security forces, partiality of the Independent National Electoral Commission (INEC), and planned illegal voting and results rigging raised the potential for violence.

National security adviser Babagana Monguno said the government had uncovered plots by politicians - ostensibly the opposition - to stockpile weapons and hire thugs and cults to scuttle the polls with violence. A last-minute postponement of the vote by INEC on grounds of logistical constraints inflamed tensions between the APC and PDP.

The campaign by the peace committee, a group of eminent Nigerians comprising two senior Muslim and Christian leaders and two former military and political leaders, culminated in political parties including the APC signing the Abuja Accord 2018. A final National Peace Accord was signed by Buhari and Atiku on 13 February.

The signing of peace accords has tended to precede recent Nigerian elections. In January 2015, then president Goodluck Jonathan and candidate Buhari signed two agreements before the election, including one at a ceremony attended by representatives of the international community. The accords were also signed by other political parties. In 2011, a code of conduct was signed by all major parties.

However commitments to peace around election time by political parties and candidates isn't enough to bring stability. In 2011, about 800 were killed in post-election attacks on minorities across northern cities. In 2015 about 100 deaths were recorded. While the commitment promised in peace accords is important, the structural drivers of violence must also be tackled.

Two such drivers are particularly important. One is the state control of productive resources and domination of economic life in Nigeria, which creates the perception of state office as an easy avenue for accumulating wealth. The other is the politicisation of security and law enforcement institutions and questions about their neutrality.

The state dominates Nigeria's economy, so top government jobs are seen as an easy way to get wealthy

The 1999 Constitution, the Land Use Act and the Petroleum Act give complete ownership and control of the oil and gas sector to the state. The sector, managed by the Nigerian National Petroleum Corporation (NNPC) through joint ventures with foreign firms, is the mainstay of the economy. It accounts for more than 50% of government revenue, placing considerable resources at the state's disposal.

The federal government is the sole receiver, divider and dispenser of oil revenue based on a complex formula between itself and the 36 states. As such, much of the country's economic activity is politically controlled and many private sector players depend on political patronage.

Public works and procurement, whether federal or state, are major sources of business and employment, and are bankrolled with oil money. The ability to win contracts depends on one's political connections. For many political candidates, politics has become the only way to improve their lot. For others it is a matter of personal prestige or simply being in control of people and resources. For those seeking economic gain, winning elections is the endgame.

It is common belief that candidates - and their financial backers - invest heavily in elections in order to harvest returns on their 'investments' if and when they win. The stakes become high and the signing of peace accords, although important to reduce the political temperature, are not enough to forestall violence.

Compounding the situation are long-standing religious and ethno-regional tensions that make elections the battleground for political supremacy and resource control among Nigeria's complex mix of ethnic groups. As a campaign strategy, candidates have often used inflammatory rhetoric between rival groups and Christians and Muslims to stoke violence.

At the same time, the laws governing Nigeria's security and law enforcement institutions implicitly permit political control over them. The inspector general of police is appointed by the president on recommendation of the Nigeria Police Council, is confirmed by the Senate, and can be removed at will. So are the military service chiefs and other heads of the State Security Services.

This is not peculiar to Nigeria but security and law enforcement officers are widely seen as loyal to the government of the day, and as tools for intimidation and harassment of opponents.

In campaign season, politicians from both sides often voice their distrust of security and police agencies and accuse them of being partisan. This creates a tense political atmosphere, and contestants - including those whose party is in power - recruit thugs and criminals to perpetrate violence or intimidate opponents.

To promote future peaceful elections, Nigeria needs constitutional and legal reforms that lessen the political monopolisation of resources. The allure of political power must be reduced, making political office less of an avenue for wealth accumulation. Inflammatory rhetoric and intimidation should be criminalised. The political control of law enforcement agencies also needs to be minimised to build neutral and professional security services that inspire public trust and confidence.

Buhari Vows to Boost Nigeria's Economy Through Agriculture
Tagged:
Copyright © 2019 Institute for Security Studies. All rights reserved. Distributed by AllAfrica Global Media (allAfrica.com). To contact the copyright holder directly for corrections — or for permission to republish or make other authorized use of this material, click here.