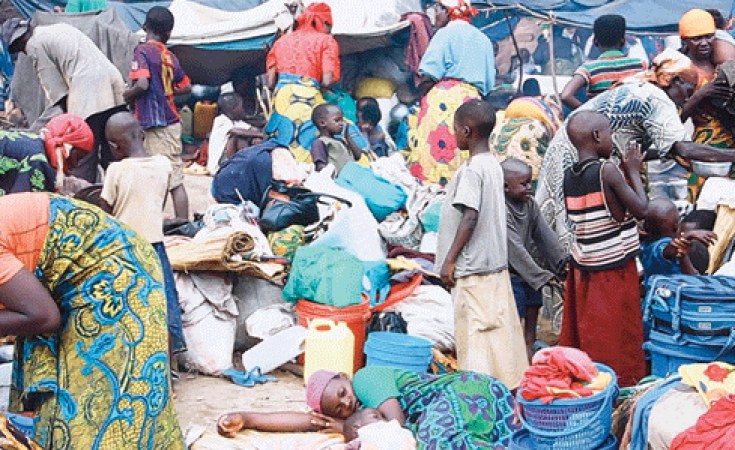 The Citizen Tanzania
The United Nations High Commission for Refugees estimates that a total of $270 million (about Sh600 billion) is required in response to the needs of displaced Burundian and Congolese refugees living in various camps in Tanzania (file photo).
IRIN
opinion By Lucy Hovil and Thijs van Laer

With both governments confirming plans to return 116,000 Burundians by the end of 2019, it's crunch time for the international community if it wants to ensure returns are truly voluntary and offer returnees the level of support they will need to reintegrate properly back in Burundi.

Limited repatriations began in 2017, but funding shortages mean the process has so far been little more than an offer of free transport back across the border, with a return package of food, non-food items, and cash that doesn't even last the three months it's expected to cover.

Despite this, some 62,000 Burundians have already chosen to go back home. But returnees interviewed by the International Refugee Rights Initiative (IRRI) said their decisions were driven by dire camp conditions coupled with the risk of abuse if they ventured outside.

Back in Burundi, the lack of support to reintegrate refugees threatens to hinder their chances of getting food on the table and starting their lives afresh. If past failures are any indication, a botched repatriation on this scale could fuel new conflict and further waves of displacement.

With elections due to take place next year, some of those interviewed by IRRI were fearful that political tensions will start building again and that renewed violence will erupt.

Burundi appears to be calm for now, but this shouldn't hide the fact that the government has restricted political space and refuses to engage in a regional dialogue with opposition parties. Ensuring a properly supported return process has never been more important.

A new report, based on 75 interviews IRRI conducted with Burundian returnees, their neighbours and local authorities in August and November last year, finds that many are stuck in a highly precarious situation.

Several people told us they found the repatriation process slow. Others felt there was insufficient information to guide them through it, despite several systems put in place by the UN's refugee agency, UNHCR, in Tanzania to inform refugees about the procedure.

After the rations and money in the return package ran out, people told us support was limited. Given that many who fled were already amongst the most vulnerable, the daily struggle to feed their families had only increased since they returned.

Some were relying on the help of their neighbours or local authorities. But there were occasional tensions too as some who didn't go into exile resented the fact that returnees received support - however insufficient.

Returnees said they had been accused of being opposition supporters and some reported being threatened - even physical abused - by the ruling party's notorious Imbonerakure youth wing militia.

Another core issue was access to land. Previously unresolved land disputes from prior repatriations continued to cast a shadow over the return process.

Many of those interviewed were landless and dependent on the meagre return package to secure a place to live. Ensuring equitable access to land is critical, not only to give people access to livelihoods, but also to a wider sense of belonging.

Effective reintegration of refugees and internally displaced people is a big challenge for countries recovering from conflict.

In Burundi, the 2015 exodus reversed a repatriation process between 2002 and 2010 in which approximately half a million refugees returned following a number of peace agreements, including the Arusha Accord, which ended the country's civil war.

But while the returns made it look like Burundi had found peace, stability only went skin deep. The much harder and time-consuming work of genuine reintegration of returnees didn't fit well with the short attention spans, or at least budgets, of the government and UN agencies.

Something similar seems to be taking place now. While most refugees don't want to return to Burundi because they know they'll be returning to a volatile political situation and economic hardship, many feel they have no better choice.

As the IRRI report demonstrates more fully, the situation faced by Burundian refugees in Tanzania is dire - many are abused when leaving the camps to look for firewood or menial jobs to supplement the insufficient humanitarian assistance.

Burundi and Tanzania both want the refugees to return. Tanzania is tired of hosting them, fed up with aid that is sporadic and unreliable, while Burundi's government wants to portray an image of a peaceful country. UNHCR and international donors, however, have been more reluctant to support returns, leading to friction.

The repatriation process, already painfully slow, was completely halted in November when Burundi suspended international NGOs that refused to adopt ethnic quotas. Some NGOs have been able to reopen since, but others have left the country. Those refugees who were eventually assisted by UNHCR had to lower their expectations.

Repatriation is a complex, long-term process that must be adequately supported.

It must take into consideration the humanitarian and development needs of both returnees and the communities to which they are returning, and it needs to grapple with the underlying tensions that created the context for displacement in the first place.

But there seems to be lack of recognition - or, at least, of action - by the Burundian government and international actors in this regard.

In a context in which displacement has had terrible consequences for the quality of life of hundreds of thousands of people, recognising repatriation as a long-term endeavour is key to breaking the cycles of conflict and displacement that have plagued Burundi's recent history.

Globally, repatriation is being pushed as the most desirable and "durable solution" to end displacement. It is therefore vital that the international community ensures that Burundians return voluntarily and are sufficiently supported and funded to reintegrate effectively.

Hovil and Van Laer are Senior Researcher and Programme Director, Prevention and Resolution of Exile, with the International Refugee Rights Initiative, which works to inform and improve responses to the cycles of violence and displacement that are at the heart of large-scale human rights violations.