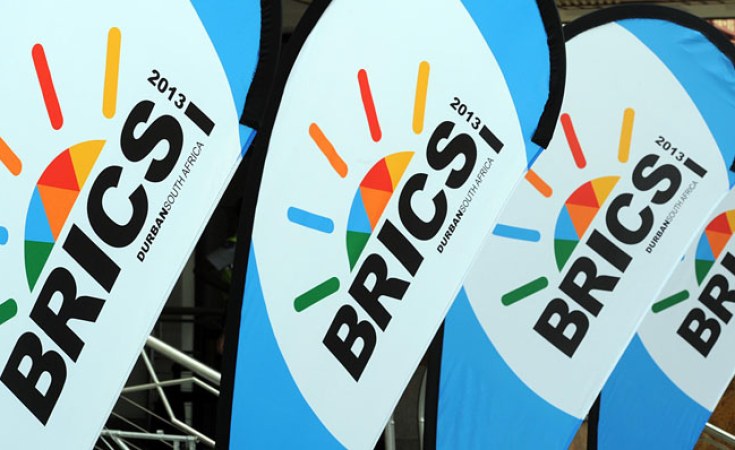 The Minister of Trade and Industry, Dr Rob Davies has announced the appointment of a new guard at the helm of the BRICS Business Council. Following an extensive engagement with the newly elected Council, the Minister was upbeat about the plans and activities that have been mapped out to further position South Africa as the investment destination of choice, particularly from the BRIC alliance countries.

The BRICS Business Council was established during the Fifth BRICS Summit held on 26th - 27th March 2013 in Durban, South Africa. The objective of creating the council was to constitute a platform which will promote and strengthen business, trade and investment ties amongst the business communities of the five BRICS countries, ensure that there is regular dialogue between the business communities of the BRICS nations and the Governments of the BRICS countries; and identify problems and bottlenecks to ensure greater economic, trade and investment ties amongst the BRICS countries and recommend solutions accordingly.

The appointment followed engagement between the Department of Trade and Industry (the dti) and organised business, following the Minister's request that the members of the new Council be nominated from structures within the two apex business associations, the Black Business Council and Business Unity South Africa.

"It is imperative that the SA BRICS Business Council is located within the ambit of organised business in South Africa and is appropriately representative and accessible to all business" said Minister Davies.

Addressing the press in Parliament after the meeting, BRICS Business Council Chair, Busi Mabuza committed to taking forward South African business interests through the Council's activities. This would include playing a facilitative role in expediting Business to Business (B2B) interactions between the BRICS member states to support increased trade, investment and business engagement.

Ms Mabuza committed to the Council's work being supportive of SMME participation and new business thus contributing to an inclusive economy. She also emphasised that it was critical that the BRICS Business Council foster alignment between Government and Business in relation to the commercial opportunities offered by the BRICS relationship.

A core component of the BRICS Business Council is the 9 working groups that span the five participating countries. These are Agribusiness, Deregulation, Digital Economy, Financial Services, Energy and Green Economy, Infrastructure, Manufacturing, Regional Aviation and Skills Development. According to Mabuza, one of the key focus areas in the short term would be to ensure that the working group programmes and activities are strategically aligned and relevant to - and support the advancement of business interests.

"We look forward to assisting in ensuring that the Working Groups are representative and inclusive of business organisations as well as relevant business entities and that they actively articulate business, sector and organizational interests in the interest of furthering trade and investment objectives of the nation. We believe that this is pivotal to the success of the BRICS Business Council's mandate", said Mabuza.

Issued by: Department of Trade and Industry

South Africa Has High Hopes for BRICS Summit
Tagged:
Copyright © 2019 Government of South Africa. All rights reserved. Distributed by AllAfrica Global Media (allAfrica.com). To contact the copyright holder directly for corrections — or for permission to republish or make other authorized use of this material, click here.