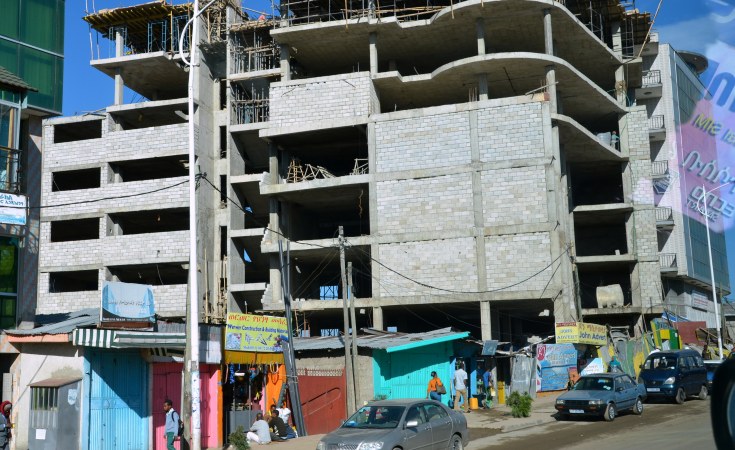 Addis Abeba — Thousands of demonstrators in several cities and towns across the Oromia regional state have taken to the streets today. The protests were triggered after the Addis Ababa City Administration Savings & Houses Development Enterprise (AASHDE) handed over thousands of condominium houses located both in the city, and in Oromia regional state special zone.

Demonstrators are protesting AASHDE's decision to hand over thousands of condominium houses using a computerized lottery draw. Accordingly some 7,127 people were given condominium unites of studio, one and two bedroom apartments in massive site located in Koye Feche, in an area administratively known as Oromia Special Zone Surrounding Finfinne.

The winners of the lottery draw were those who were registered for the housing under the saving schemes commonly known as 20/80 and 40/60 in which they were asked to save 20% for studio, one and two bedroom apartments and the government promised to help with the remaining 80%. The same mechanisms were applied for those who could save 40%.

Would be home owners were also told that if they saved 100%, they would be automatically entitled for the apartments. But the scheme has already left many dissatisfied as the mayor's office recently scraped that and said the administration would stick to the original saving mechanism of 20/80 and 40/60.

The winners were announced yesterday to take up apartments located in Koye Feche one and two sites, located in the southern outskirt of the city of Addis Abeba, some 20 km into the Oromia regional state administrative border in Akaki/Kality area, which is one of the eight towns surrounding Addis Abeba which were established by the Oromia Regional State under the administrative name of Oromia regional State Special Zone Surrounding Finfinne in 2008.

Protesters are saying the Addis Abeba city administration is acting outside of its jurisdiction and without involving Oromia regional government. Many are carrying banners reading "our land is our bones."

Koye Feche is only one of the multiple condominium sites built by Addis Abeba city administration on sites located in various places within the Oromia special zone over the last ten years.

However, the administrative procedure in which the lands were taken from the farmers and the inadequate compensations paid afterwards, the shocking details of which were revealed by a former federal official, drew severe criticisms in recent years as hundreds of thousands of farmers were left itching to have ends met.

During the lottery ceremony yesterday, Takele Uma, deputy mayor of Addis Abeba, said that families of displaced farmers were included in the housing distribution without the lottery draw. "We would like to say that your pain is ours, especially those of you who have lost your farmlands in order to clear for these [housing] projects and were exposed for economic and social crisis," Takele said. However, Takele did not explain what has been done both by city authorities and the regional state to include those who have been dispossessed for little compensations, and several people at Koye Fech and Bole Arabssa who spoke to OBN said they have been contacted neither by city administration officials nor by officials from the Oromia regional state special zone. Addis Standard's attempts to reach both since yesterday has been to no avail.

So far both city officials and officials from the Oromia regional state did not release statements on the protests whereas online activists are calling for more protests tomorrow especially in Ambo and its environs. AS 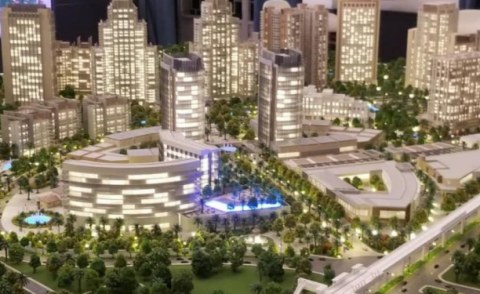 Ethiopia's Reformist Prime Minister - One Year On
Tagged:
Copyright © 2019 Addis Standard. All rights reserved. Distributed by AllAfrica Global Media (allAfrica.com). To contact the copyright holder directly for corrections — or for permission to republish or make other authorized use of this material, click here.