Nigeria: Offa Records Low Turnout of Voters As At 12pm On Election Day 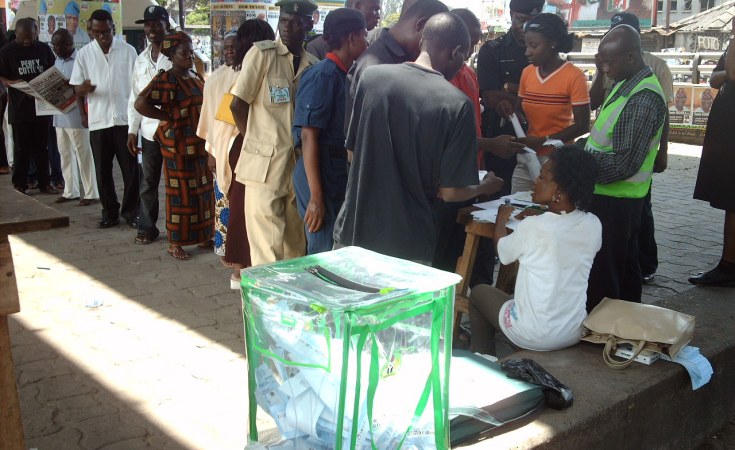 There was low turnout of voters in Offa Local Government Area of Kwara State in Saturday's Governorship and state House of Assembly elections.

The News Agency of Nigeria (NAN) reports that most polling units had no queues by 12.00 noon.

There were fewer people in the polling units compared to the turn out during the Presidential and National Assembly elections on Feb. 23.

The Governorship Candidate of the Unity Party of Nigeria (UPN), Mr Sunday Soladoye, also corroborated the turn out, saying the people had felt relaxed with the results of the Feb. 23 elections.

He, however, expressed satisfaction with the peaceful conduct of the exercise.

"So far, so good. There is peace with the small turnout of voters and at the end of the day, we will have good result favouring us.

"I stand a chance of winning by the grace of God. I commend INEC and security agencies for doing a good job." he said. (NAN)

Surprises, Shocks as Nigerian Governors-Elect Announced
Tagged:
Copyright © 2019 Daily Trust. All rights reserved. Distributed by AllAfrica Global Media (allAfrica.com). To contact the copyright holder directly for corrections — or for permission to republish or make other authorized use of this material, click here.