Ethiopia Needs to Improve Production of Its "Golden Crop" Teff. Here's How 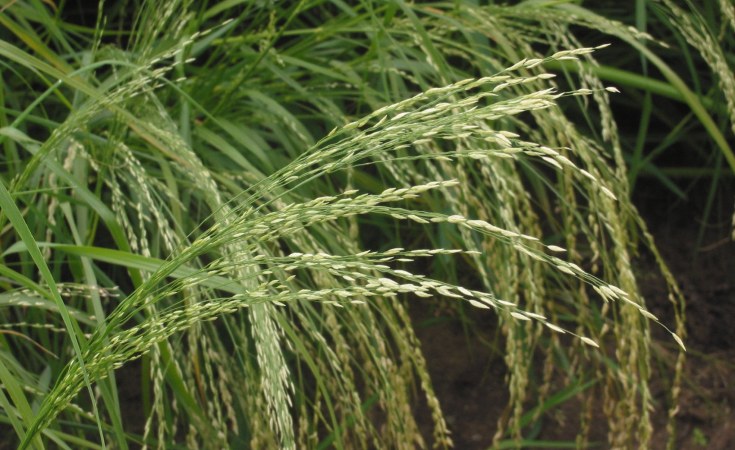 Teff, an ancient grain from Ethiopia and Eritrea, has been growing in popularity across the world in recent years. Huge demand meant prices skyrocketed and the Ethiopian government eventually slapped a ban on exports which it kept in place for six years. The aim was to enable Ethiopians, who rely on it as a staple crop, to be able to afford it again.

Teff is in demand because it has various health benefits and unique nutritional contents. It's high in fibre and rich in iron, calcium, magnesium, protein, and amino acids. But what's really contributed to its enormous popularity, particularly in Europe and the US, is that it's gluten free. This means that it appeals to athletes, diabetics, coeliacs and others who seek a gluten-free diet.

Consumers are willing to pay premiums for gluten-free food such as teff. And various teff-based products are now also being developed to capture this premium market.

Currently, Ethiopia produces over 90% of the world's teff. But because of its growing popularity, teff production has attracted other countries including; Australia, China, India, South Africa, and the US.

As explained in my recent review article, Ethiopia has some major shortcomings when it comes to teff production. The system currently relies on inefficient traditional farming practices, faces harvest losses and there aren't enough financial incentives for farmers to modernise the system.

Teff is one of Ethiopia's most important crops providing food and livelihoods to many people. The grains are a daily food staple for about 50 million people - about 60% of the country's total population.

To meet local demand and keep competitive, as new countries start growing the crop, Ethiopia must introduce improved teff varieties and the government must support policies that open up the industry to encourage technical improvement around it.

Teff is popular in Ethiopia because it's considered a low risk crop. It can be harvested two to five months after sowing and is relatively resistant to many biotic and abiotic stresses like high altitudes and pests. This means it can adapt to a range of growing conditions where other major crops, such as rice, may fail.

But Ethiopia's producers face some major industry limitations in growing the crop that prevent Ethiopia from moving forward with its mass production.

There are very low levels of teff yields compared to other major cereals mainly due to the limited use of improved seeds, inefficient farming practices and fragmented farm plots.

A lot of manual labour is needed to grow the crop because there's not enough mechanisation for planting or sowing, weeding and harvesting.

There's not enough research or public and private investment in improved teff seeds which could improve yields and help them become more resistant to drought and lodging.

Plots where teff is grown are small and fragmented which makes it harder to mass produce.

Traditional agronomic practices are constantly being used. For instance, the use of broadcast-sowing - when seed is scattered by hand - means higher seeding rates and a less manageable field is created. Row planting may be better. Less seeds are needed because they're carefully measured, and so less is wasted, and the rows allow farmers to manage fields more efficiently when they're weeding, applying fertiliser and harvesting. Rows also make using machines easier.

Traditional systems also suffer from a great deal of harvest loss, at all stages. The word "teff" comes from the Ethiopian word "teffa", which means "lost". Because of its fine grain size, teff is easily lost which isn't helped by the traditional practice of being manually harvesting with sickles and having oxen trample on them to separate the grain.

Beyond the production stage, Ethiopia still doesn't have efficient teff value chains for domestic use and export.

There's no standardised teff grading system. This would separate high quality teff from low quality, guarantee high prices for high quality teff, and give consumers assurance of what they're buying. Currently most transactions happen on the spot, in cash. This prevents market information from being shared - like which varieties are sold most and what their price is.

The teff industry also lacks large-scale purchasing and processing capacities for economies of scale and value addition. Currently, little value is added to teff in Ethiopia, probably except for injera (the flat fermented bread), while a variety of products are being developed and marketed by other countries.

What makes it harder to improve is that financial incentives rarely exist to invest in the modernisation of the Ethiopian teff industry and branding it. This is partly because there are fears that the government could put another ban in place.

The Ethiopian government needs to create an enabling environment for the teff industry with more supportive policies. The government can sustainably invest in research and extension services to produce higher quality teff and improve productivity. Given the present domestic consumption patterns and global popularity, Ethiopia's heavy investment in teff would pay off.

The teff industry should also be liberalised. This would create a huge incentive for larger-scale activities and encourage more active collaboration between local and international food companies that would satisfy local demands and international markets.

It's a Date! Kenya to Open Schools on October 19
Corruption