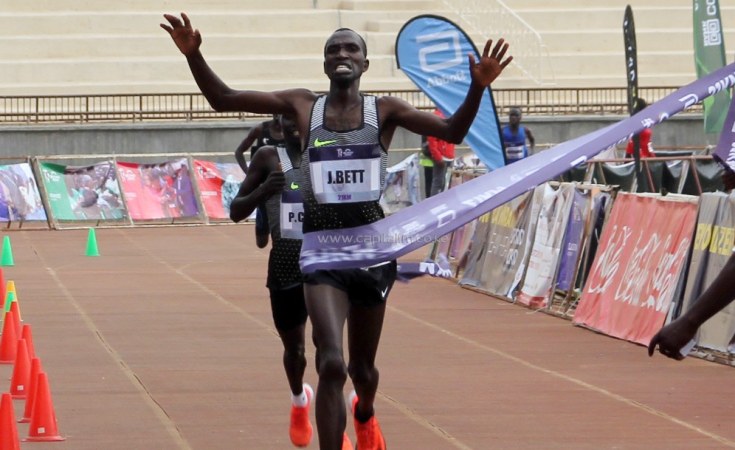 Nairobi — A woman gave birth moments after participating in the inaugural Beyond Zero Pregnancy 2km Walk that saw 400 pregnant women take part in the event held in the capital city on Sunday.

The woman who was tackling the 2km course that saw them start outside Nyayo National Stadium along Mombasa Road, started experiencing labour pain and was rushed to Pumwani Hospital where she gave birth to a baby girl that was named Margaret in honor of the First Lady Margaret Kenyatta who is the founder of the Beyond Zero Marathon.

"We are happy with this Walk, I have never seen pregnant women running or Walking for distance but today we have done it and finished. Pregnant women need to do practice and today we have seen three taken to hospital and one of them gave birth and the baby named Margaret after the First Lady," Asha Wanjiku, who is the coordinator of the pregnant women Walk and also competed, told Capital sport.

"We mobilized pregnant women from 3 to 9 months, others are above and if they feel they can make it then we registered them. It's a good initiative and we want to thank the Beyond Zero campaign because it has helped reduce maternal and infant deaths," she added.

Another participant, Mary Wangari Kirubi from Embakasi East revealed that the Walk has raised awareness to pregnant women about healthy pregnancy and childbirth, giving them access to technology that can potentially save their own lives and the lives of their babies.

"Through this Walk we have noticed that most pregnant women don't go to clinic or screening. The event was good, and we are happy because we have been neglected, it was a good outing I have done practice," Alvinza who is five months pregnant narrated.

First Lady Margaret Kenyatta expressed her delight in all the pregnant women wo made it to the Walk.

"We have contributed to prevention of thousands of mothers and babies dying from lack of health care and medicines. We purchased and delivered mobile clinics in all 47 counties and we have begun medical safari to address specific medical concerns. This is why this year Beyond Zero Marathon is dedicated to several course, we dedicate this Marathon to women, mothers, girls to commemorate International Women's Day," the First Lady said in her speech.

In the Walk, Winfred Karimi emerged the winner after beating Bracksides Nangila who came second while Jane Kemunto completed the podium in third.

Their course saw them tackle Bunyala Road after flag-off at Nairobi Toyota outside Nyayo Stadium, then they turn to the Ministry of Public Works, take Lusaka Road turn before walking inside the Stadium.

The Walk was in support of the ambition of the Beyond Zero initiative, and its shared goal to eliminate preventable maternal and infant deaths.

The Philips Lumify ultrasound was used to carry out screenings at the fun Walk, by bringing technology that will only be available at formal hospitals and clinics to the participants.

Kenyatta - I'll Compete in the Next Beyond Zero Half Marathon 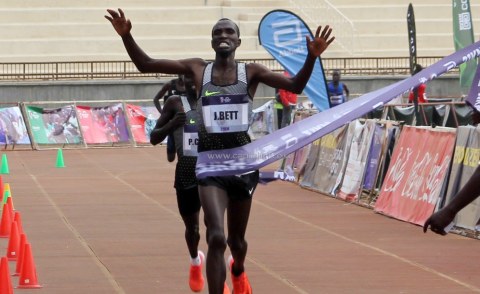 Bett, Kipkoech Win Kenya's Beyond Zero Marathon
Tagged:
Copyright © 2019 Capital FM. All rights reserved. Distributed by AllAfrica Global Media (allAfrica.com). To contact the copyright holder directly for corrections — or for permission to republish or make other authorized use of this material, click here.