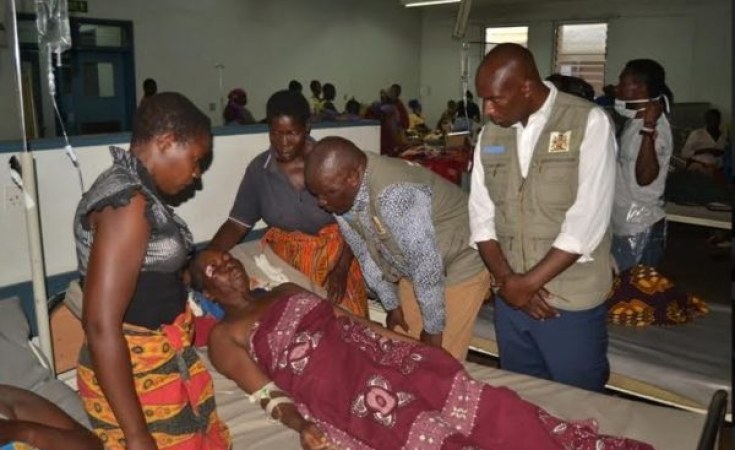 Government says number of people killed in rain-induced flooding has reached 30 with 377 others injured.

He said 6, 000 of them have completely been displaced.

The government of South Africa has sent rescue teams and operational equipment including medicine to support and enhance Malawi's relief operations on the ground.

The South African response followed Malawi President Peter Mutharika's declaration of disaster in 14 districts that were heavily affected by continuous rains that led to floods.

But Khamula said the distribution exercise is hampered with impassable roads in some parts, citing Makhanga in Chikhwawa as an example which has been cut off by the floods.

He said Malawi army helicopters are expected to be used to deliver the food and other food items.

In Ncheu, four more people have died when a house wall fell on them on Sunday.

Disaster officials in Ntcheu have confirmed that the four, from one family, were killed at night while asleep when the house wall fell on them.

In Phalombe, 44-year-old woman is missing after she was swept away by running water in a river.

Reports indicate that the women had gone to Phalombe river to wash clothes when the flooding happened unexpectedly.

In Chikwawa, the Catholic bishop there Musikuwo has pleaded with the church faithful to help those that have been displaced by the floods.

The bishop said this on Sunday after some of the displaced said they were yet to get essentials including food.

There are also fears of an outbreak of waterborne diseases in some of the centres.

The district disaster officials said the victims will soon start receiving relief items, saying the delays were due to the cut off of the road due to heavy rains.

Khamula said a total of 93,730 households have been affected by the rains that fell continuously in central and southern Malawi from Tuesday to Friday.

Out of the 93,730 households affected, 6,341 have been completely displaced and most of the displaced families are living in camps, he said.