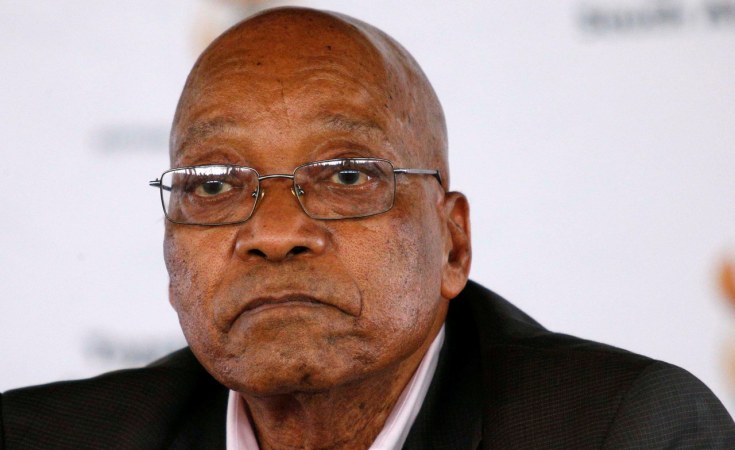 The damning report into the abuse and plunder of the State Security Agency (SSA) is the latest indictment of the turbulent Jacob Zuma presidency.

Legalbrief notes that the high-level panel review report headed by Sydney Mufamadi, a redacted version of which was published by the Presidency on Saturday, found Zuma oversaw the creation of parallel structures within the intelligence service to serve his personal and factional ANC party political interests.

The report indicates that Zuma effectively had his own rogue unit in the country's intelligence agency that spied on activists and NGOs critical of him; created bogus 'social cohesion' media campaigns and attempted to derail President Cyril Ramaphosa's election campaign.

Analyst Adriaan Basson says if there ever was a case to draw compelling comparisons, this is SA's own Watergate scandal. In a News24 column, he points out that just like the Richard Nixon administration used dirty tricks to infiltrate and spy on his opponents.

Zuma, supported by successive Intelligence Ministers in Siyabonga Cwele and David Mahlobo, had his own squad in the SSA to spy, bribe and influence his detractors and opponents.

" In very nice, reportable language, Mufamadi and his colleagues basically find that Zuma could not distinguish between his role as President of SA and former ANC intelligence chief. The criminalisation of the state under Zuma is starkly illustrated by this report. It is not only undemocratic for a President to run a parallel intelligence structure that looks after his interests; it's illegal. And someone must go to jail for this. The purpose of the intelligence services is to safeguard the people of SA against criminal syndicates and potential foreign threats." Full analysis on the News24 site

Basson also notes that Zuma responded by threatening the authors of the report that he will expose them as apartheid spies. 'This is the same Zuma who has been threatening to "spill the beans" for the past 15 years. How pathetic,' he added.

Zuma tweeted that he had never been asked questions by this committee and that the committee has two well-known apartheid spies. 'I've never sold out nor written letters to the SB. I feel nothing when apartheid spies call me corrupt. I hope people are not opening a can of worms which they might regret,' Zuma said in the tweet, notes a News24 report. Full report on the News24 site

he Sunday Times says the report confirms in stark detail an illegal and comprehensive intelligence-run attempt to prop up Zuma. Agency spies tried to prevent Ramaphosa's supporters from distributing campaign regalia at the ANC birthday celebrations in Rustenburg in 2016. 'During the 2016 ANC 8 January statement in Rustenburg, the unit initiated three countering operations to impede the distribution of CR17 regalia, (and) impede transportation of dissident groups from GP (Gauteng),' according to the report. CR17 was Ramaphosa's campaign title in the election against ANC stalwart Nkosazana Dlamini-Zuma, Zuma's favoured candidate.

During the ANC's 2017 manifesto launch in Port Elizabeth, when there were calls for Zuma to step down, the spy unit began a media campaign 'to promote social cohesion'. The Sunday Times says it has learnt that on the eve of the ANC elective conference in 2017, R20m was taken out of the agency. It is suspected the money was used to influence the ANC presidential race.

Letsatsi-Duba said there was 'complete lawlessness and looting' at the agency. The agency became 'extensively embroiled in the politics and factionalism of the ruling party' and that there had been 'naked politicisation of intelligence in recent years'. It said agents often undertook intelligence operations that were unconstitutional and illegal. Full Sunday Times report (subscription needed)

The DA is pushing for SSA head Arthur Fraser's suspension and action against former Cabinet Ministers implicated in the report by the high-level review panel set up by Ramaphosa last year.

A report on The Citizen site notes that political scientist Wayne Duvenage said Ramaphosa's decision to release these findings to the public two months before an election was more of a pushback against Zuma's powerful faction in the party than an attempt to score anti-corruption points with voters.

'I have no doubt the operational centre of state capture and Zuma's power was the intelligence agencies. There is evidence that even now these agencies still support this faction. I think Ramaphosa made the report public not to benefit himself in the election, but to get back at the Zuma onslaught within his party and put the Zuma faction on the backfoot, including Fraser, who is at the inner core of that.'

Police Union president Mpho Kwinika said political influence in state intelligence agencies was as ubiquitous as it was impossible to root out, without completely starting over. 'You cannot kill the rot just by firing Fraser. Unless you change the system's framework, there will always be political influence in the intelligence community,' he said. Full report on The Citizen site

In other developments, the SA Federation of Trade Unions (Saftu) and Right2Know (R2K) have called for the arrests of those implicated in the report.

Saftu said Zuma, Cwele, Mahlobo and Fraser should be arrested for defeating the ends of justice and 'possibly for treason against the people of this country', notes a TimesLIVE report. Saftu said it was not surprised by the panel's findings as some of its leaders had indeed been spied on.

' We call for the immediate arrest of Jacob Zuma, Arthur Fraser, Siyabonga Cwele and David Mahlobo, together with all those who helped them, and (for them to be) charged for defeating the ends of justice, including possibly for treason against the people of this country,' Saftu's leader Zwelinzima Vavi said.

R2K said Ramaphosa should implement the recommendations of the panel as soon as possible – including that the controversial Protection of State Information Bill (widely referred to as the Secrecy Bill) should be scrapped. Full TimesLIVE report

9 Things You Need to Know About Bombshell Spy Report

Ramaphosa to Implement Recommendations of Spy Agency Report?
Tagged:
Copyright © 2019 Legalbrief. All rights reserved. Distributed by AllAfrica Global Media (allAfrica.com). To contact the copyright holder directly for corrections — or for permission to republish or make other authorized use of this material, click here.