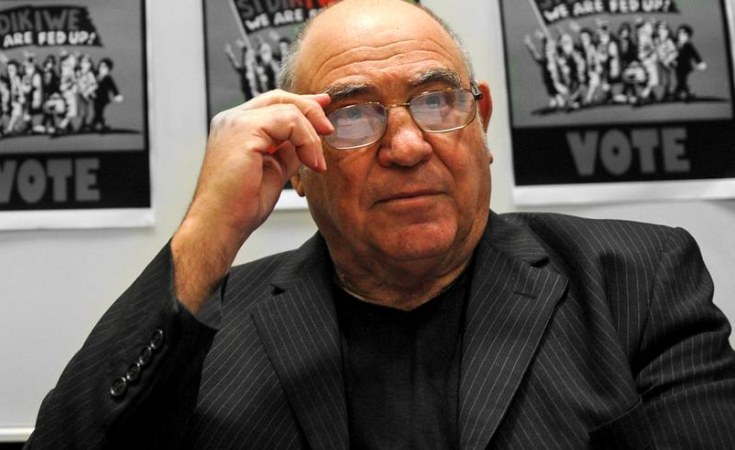 Former intelligence minister Ronnie Kasrils says he feels "vindicated" by the report on the high-level review panel on the State Security Agency (SSA).

Kasrils, who served as intelligence minister from early 2004 until September 2008, said the report confirmed his warnings at the time that factional battles in the ANC, specifically around former president Jacob Zuma, were crippling the intelligence services.

Kasrils became minister just months before former president Thabo Mbeki fired Zuma as his deputy in 2004. Speaking to News24 on Monday, Kasrils said the intelligence services were central to Zuma's "fight back" campaign, and that this began almost immediately after Zuma was sacked.

The genesis of this abuse is "about 2005", according to the report. This was in the infancy of Kasrils’ tenure. Kasrils, as well as Zuma and other former intelligence ministers, are not mentioned by name in the report. But they are alluded to, as they are described by their years in office.

The report talks about how the "growing politicisation and factionalisation" of the intelligence services began with the emergence of divisions in the ANC "from about 2005". It also mentions a task team set up by the minister of intelligence in 2005 (Kasrils), to look into "intelligence legislation and other prescripts", the recommendations of which were "unevenly implemented".

'I feel that I’m vindicated by this report'

The report says that, had those changes been implemented, the SSA might not be in the state it is in today.

But Kasrils says he was stymied at every turn, when he tried to turn things around at the embattled intelligence services. He says a number of legislative changes he had wanted to make, which would have overturned apartheid-era legislation and brought problematic legislation in line with the Constitution, were blocked by a "pro-Zuma" Portfolio Committee on Intelligence in Parliament.

Politically, Kasrils says he was seen as someone who was merely trying to defend Mbeki, and was not believed when he sounded alarm bells about the abuse of the intelligence services for factional reasons.

"I feel that I’m vindicated by this report… I faced the biggest challenge of my career, from what I saw happening from 2005, and I paid for it dearly, (thanks to) these people assuming I was just there to protect Mbeki. The Zuma crowd totally closed me out… I resigned in principle," he said.

Kasrils said it was important to analyse what the pro-Zuma forces were doing from about 2005 to understand what had happened.

"Zuma and his forces were fighting back from his dismissal. And the first area they used was the intelligence services. It took me about six months to get on to it… But I wasn’t believed. When I sounded the warnings, the (alliance partners) didn’t want to hear the truth."

He said the report contained "outstanding insight and analysis", adding that it reflected the problems he had faced. He congratulated Ramaphosa for making the report public.

'What I saw were very big problems'

As far back as 2005, there were allegations that members of the National Intelligence Agency were spying on political opponents, which became known as the hoax email saga, and there were at least two more investigations into problems within the intelligence community. One of these - the Matthews Commission - is mentioned several times in the SSA report.

"What I saw were very big problems, like the (hoax) email saga, which led to my axing of members of the National Intelligence Agency. We had a very thorough Inspector General of Intelligence report which I had commissioned, and which was put into public domain in March 2006. Far-reaching recommendations were then taken up (stemming from) the Matthews Commission report. I sought to act against the politicisation of the intelligence community, which I found from the word go, and tried to tighten things up.

"I came up against the problems, which then multiplied, and created the basis for the new president (Zuma) and the people he appointed to carry on in the worst possible way."

Zuma has responded to the report in a tweet, in which he denied being interviewed by the commission and issued a dark warning about "opening a can of worms".

Spy Wars - Broken Oversight System Let Spies Get Away With Everything