South Africa: Spy Wars - Broken Oversight System Let Spies Get Away With Everything 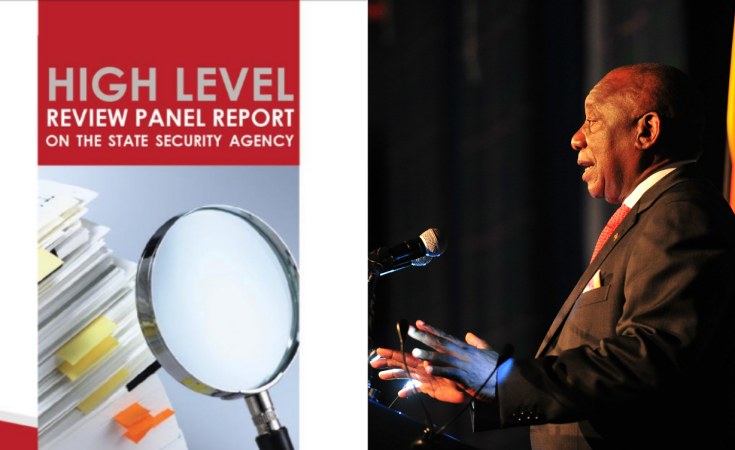 Not the auditor general (AG), nor the inspector general of intelligence (IG) or the parliamentary committee tasked with overseeing the country's spying operations could provide a check on the profligacy and criminality of the State Security Agency.

Instead the country's spy services were left to run amok, disbursing money without any checks whatsoever, ignoring reports that recommended reviews of operations and establishing parallel spying structures to the benefit of then president Jacob Zuma.

And while the AG was prevented from properly auditing the spooks' financials and the IGI's reports into irregularities simply ignored, the ANC MPs on the joint standing committee on intelligence were too invested in internal party battles to do anything about it.

One MP even said the committee "lost control" of their oversight role.

Even the National Intelligence Coordinating Committee (Nicoc), a body mandated by the Constitution and enabling statutes to act as bridge between the intelligence community and government, was ignored and side-lined.

Parliament failed in its duty

These are the broad findings of the high-level review panel into the SSA contained in an explosive report released by the Presidency on Saturday. The review panel was led by former minister of safety and security Sydney Mufamadi, now an academic at the University of Johannesburg.

It recommends the sweeping restructuring of the SSA, investigations and the possible laying of criminal charges against Zuma, former ministers and senior SSA officials and an overhaul of governing legislation and oversight capabilities.

The review panel is scathing about Parliament's joint standing committee on intelligence (JSCI), a closed committee that meets in secret and is dominated by an ANC majority.

It found that the committee - which has at various times been led by chairpersons believed to have been very subservient to Luthuli House and Zuma - was "ineffective".

The JSCI is "divided and unable to articulate a coherent collective response on the state of intelligence in the country".

The committee is considered a black hole, with meetings held behind closed doors and MPs bound to secrecy agreements.

There has been little to no insight into how the committee conducts its business and its annual reports, tabled irregularly in the National Assembly, is of little value in trying to determine the state of affairs at the SSA.

According to the findings of the Mufamadi panel "it did seem... that the JSCI played little role in recent years in curbing the infractions of the SSA and that no effective oversight on its part was carried out. In fact, it would seem that the committee, with an ANC majority, was itself affected by the politicisation and factionalisation seen in the ANC, in Parliament, in the intelligence community and in other arms of government."

The IGI and AG were both hamstrung by the SSA.

The panel says the IGI issued "a number of reports" into alleged abuses which identified problems and made recommendations, such as an investigation into the controversial and allegedly criminal Principal Agent Network: "But, as far as the Panel could ascertain, no action or consequence management took place in response to the IGI's reports."

The panel cites an IGI report that lists at least 16 major issues of contention with the SSA, including the irregular involvement of the minister in operational work, illegal surveillance and the culture of non-accountability.

These issues were not addressed by the SSA and the panel said it "suggests that the IGI was not being taken seriously by the SSA".

The failure of oversight services to regulate and check the SSA has helped facilitate "blatant criminality" and led to the "wide-ranging abuse of resources", with millions of rand being disbursed to operatives and agents without any accounting of those funds being done.

Some operations seemingly were left to its own devices, degenerating into criminality.

With reference to the Principal Agent Network, devised by former director general Arthur Fraser, the panel said: "It appeared to the panel there had been instances of serious criminal behaviour which had taken place under the guise of conducting covert work and that this behaviour may have involved theft, forgery and uttering, fraud, corruption, and even bordered on organised crime and transgressions of the Prevention of Organised Crime Act (POCA)."