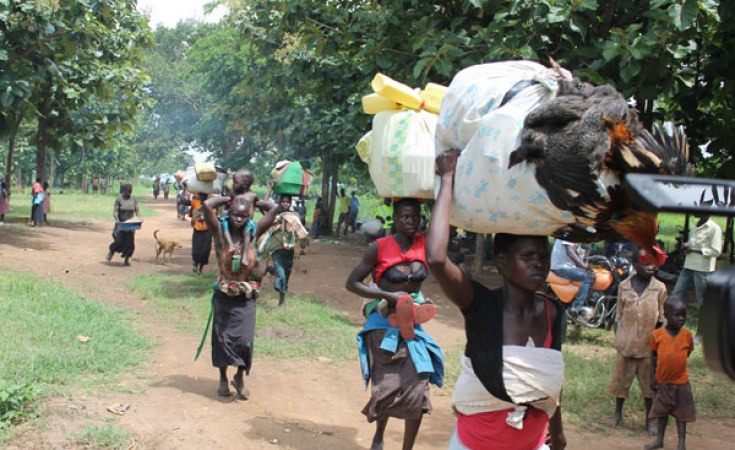 Human Rights Watch urges the Human Rights Council to renew and strengthen the mandate of the UN Commission on Human Rights in South Sudan and ensure it has enough resources to carry out its important mandate to collect and preserve evidence of serious human rights violations and identify those responsible. This mandate is all the more important given continued abuses and the disappointing lack of progress in the establishment of the AU-South Sudanese hybrid court to investigate and try the most serious crimes.

Throughout South Sudan's civil war, now in its sixth year, government and rebel forces have repeatedly committed grave crimes against civilians on a massive scale, including unlawful killings, destruction of property, unlawful detentions, torture, enforced disappearances, rape and sexual violence. Over 4 million people have had to flee their homes, half of whom are internally displaced and the rest in neighboring countries as refugees.

HRW continues to document persistent abuses despite the signing of a "revitalized" agreement in September 2018, particularly in parts of Western Bahr al Ghazal, Unity, and Central Equatoria. The abuses have included unlawful killings, destruction of villages, forced displacement and widespread sexual violence. The Commission, in its latest report, also documents emblematic incidents of violence against civilians in these locations, finding that both government and opposition forces committed serious crimes that could constitute war crimes and crimes against humanity. The Commission was able to identify commanders who may bear responsibility for the crimes in a confidential dossier.

The Commission also documents the powerful and draconian role of South Sudan's national security and military intelligence which have arbitrarily detained, tortured, abused detainees and are implicated in several enforced disappearances. These findings are consistent with our research. As one 24-year-old Juba university student who was detained for three years without charge, and released in September 2018 following a presidential pardon told us:

"Up to now I don't even know why I was arrested and detained.."[1] As many other former detainees and families of detainees, he is yet to receive justice or redress for his unlawful detention.

Mr. President, impunity continues to be the main driver of these serious, ongoing abuses.

In the absence of another international mechanism to monitor and document human rights violations and abuses, the Commission's role in collecting and preserving evidence for identifying those responsible for crimes and potential use in future prosecutions is indispensable.

We urge the Council to renew the mandate for another year. If no progress is made to establish the hybrid court, the International Criminal Court remains the global court of last resort and should be pursued.

Pope to South Sudan - Seek What Unites, Overcome What Divides
Tagged:
Copyright © 2019 Human Rights Watch. All rights reserved. Distributed by AllAfrica Global Media (allAfrica.com). To contact the copyright holder directly for corrections — or for permission to republish or make other authorized use of this material, click here.